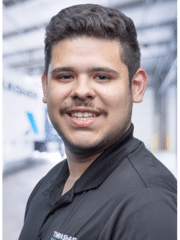 Alan brings to Thrasher experience in customer service. Originally from Monterrey, Mexico, and currently lives in Omaha, NE with his wife. Outside of work Alan enjoys spending time with his family, church involvement, board games and fantasy football.

At Thrasher, we work every day to deliver a wow experience and challenge the status quo. One way we do that is by walking alongside the best in the industry. In Alan’s words, “I’m excited to work at Thrasher because of the great culture.” We’re thrilled to have Alan as part of the Thrasher team we work to redefine our industry.