A half-mile stretch of Locust Street, one of the main highways from I-80 into the city of Grand Island, was experiencing signs of failure. This section of the road was experiencing differential settlement between concrete slabs.

Several sections of the road had dropped up to two and even three inches. The road condition not only created an unpleasant driving experience, but it also created an unsafe driving environment. This section of the road was particularly hazardous for motorcycle travel.

At the time of the road's distress, the City of Grand Island was also preparing for the Nebraska State Fair. This event was estimated to draw in over 300,0000 Nebraskans from across the state, placing an extra emphasis on the roadway being ready.

Several options were considered, including complete tear-out and replacement of the road and grinding, patching and sealing. Since most concrete was in good shape, rather than replace or patch, the city decided to put out a request for proposals using polyurethane foam injection to address the settlement. Thrasher was invited to bid on this project because of our product capabilities and our experience working with the DOT and repairing roadways.

Thrasher was ultimately selected as the contractor of choice for this project and was contracted to install PolyLevel 400h, a polyurethane foam, to address the settlement issues. Knowing the high degree of visibility for this project and the need to have it completed before the State Fair, Thrasher sent its personnel on-site with the singular focus of completing a quality project on time and budget. The crew of Thrasher employees spent three and a half consecutive weeks on-site, repairing the road with PolyLevel. Thrasher's goal was to fill all known voids and lift and level the road back to its original position while maintaining the operational status of this road. Throughout the entirety of the project, one northbound lane and two southbound lanes remained open, minimizing traffic disruption. A total of 45,000 pounds of PolyLevel 400h material was installed, bringing the uneven surface back to level. A coordinated effort between The City of Grand Island and Thrasher made the project a success, being completed in less time than the five weeks permitted and before the Nebraska State Fair.

Thrasher was proud to be selected as the contractor for this project and was thrilled to complete the project to the city of Grand Islands standards and beat the anticipated time frame. Whether it's a homeowner, municipality, DOT, or General Contractor, Thrasher's goal is to become a partner in achieving and surpassing the desired results. Give us a call today to discuss your project needs. 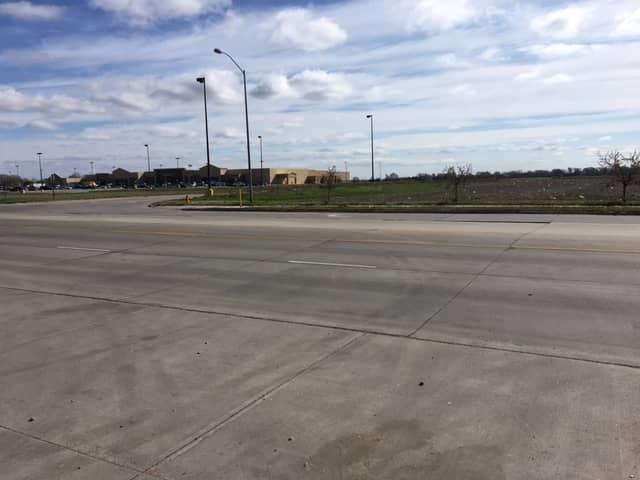 A half mile of Locust Street, one of the main highways from I-80 into Grand Island was beginning to settle. 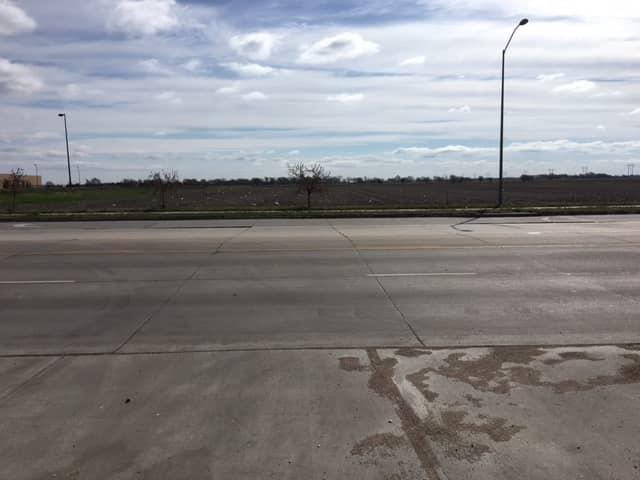 Sections of the road had dropped two to three inches making it increasingly unsafe for motor vehicles, particularly motorcycle travel. 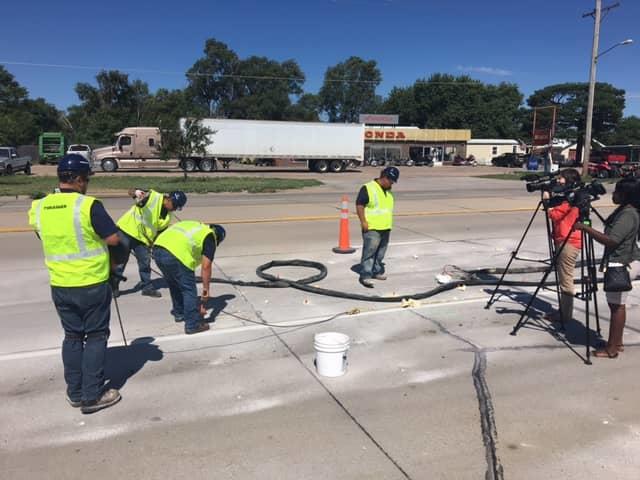 The crew of three Thrasher employees spent three and a half weeks installing PolyLevel to void fill, lift and level the road.