The Nebraska Department of Transportation (NDOT) has worked with Thrasher Commercial on many projects in the past, including Low-Density Concrete for the Q Street Void Fill, plus Helical Piles and Tie-Backs for the I-80 at I-680 and I-480 Interchanges in Omaha.

Approximately 15 highway slab panels showed signs of differential settlement on Highway 6 at the intersection of highways 6 and 31 near the Nebraska Crossing outlet mall in Gretna, NE. Uneven roadways cause many issues ranging from the difficulty of snow removal, improper drainage and unsafe driving conditions for traffic. It also wears out the road at a faster rate. Snowplows chip away at uneven slabs with each pass, and every loaded semi-truck pounds the concrete, weakening it until it begins to crumble.

It was not cost-effective or desirable to disrupt traffic in order to remove and replace the sections of the highway that had settled. The highway panels had settled at the joints and averaged 2 inches of drop per concrete panel. This is a highly trafficked area with an Interstate 80 exit and congestion around the Mall area. Many cars and semi-trucks share this route and would be impacted.

PolyLevel, our 2-part polyurethane foam process, makes for a faster repair than slab replacement and causes far less disruption. We have provided PolyLevel services for NDOT in the past, so they were well aware of our capabilities. We're a valued partner for them and we can quickly assess the project's needs and cut through the red tape to fix the problem. Our good relationship with NDOT is based on a positive track record of well-executed projects that have earned their trust that Thrasher can get the job done right.

They contracted us to lift and level the highway slabs.

One of the challenges we ran into was that some of the joints between slabs were too tight and didn't allow a lift. The slabs were "bound" and required saw cutting the joints before lifting and leveling. We drilled 5/8" holes through the concrete slabs and injected poly underneath to lift and stabilize the concrete back to its original position. By the time the traffic control barriers could be pulled, cars and trucks were able to drive the roadway.

Due to the amount of traffic at this intersection, and to make it safe more quickly, Thrashers 3-man crew pulled all-nighters working 9 p.m. until 6 a.m. This required additional awareness on the crew's part to make sure the work area was well-defined and that they themselves worked facing towards traffic for maximum visibility and safety.

The team’s flexibility allowed them to lift and level the concrete slabs over a 2-night shift period. The two-lane highway remained open while work was in progress by shutting down just one of the two lanes. The lanes were reopened to traffic immediately after finishing the project. Several semi-truck drivers rolled down their window to "Thank us" for fixing the road.

"For NDOT, the choice was a no brainer. They needed those slabs leveled-up and that intersection flowing as quickly as possible."

"They knew from past experience with our crews and our mindset of getting the job done right and on-time, we were the ones to execute. If they had waited, a lengthy and costly repair would have most definitely been in their future. That might have included closing a stretch of that highway and lengthy delays for cars and trucks in that area. We're glad we were part of that solution."

If you have a project that includes concrete-leveling, big or small, you owe it to yourself to call Thrasher Commercial. Suppose your project needs include Helical or Push Piers, Grouted Micropiles, Polyurethane Foam, Cellular Concrete, Grouted or Mechanical Soil Nails, Helical Tie Backs or Geo-Lock Wall Anchors. In that case, Thrasher Commercial is the right partner for the job. Much of Thrasher Commercial's portfolio of work involves permanently stabilizing new and existing structures. We have well established professional relationships in the Agriculture, Building, Healthcare & Education, Manufacturing & Industrial Process, Transportation, Utilities & Telecom market sectors. We work throughout the 4-state region that includes Nebraska, Iowa, Missouri and Kansas, including the larger communities of Omaha, Lincoln, Kansas City, Wichita, Des Moines, Springfield, Grand Island and Sioux City.

For more information on how the Thrasher Commercial can deliver exceptional results to your commercial project, give us a call or learn more online. 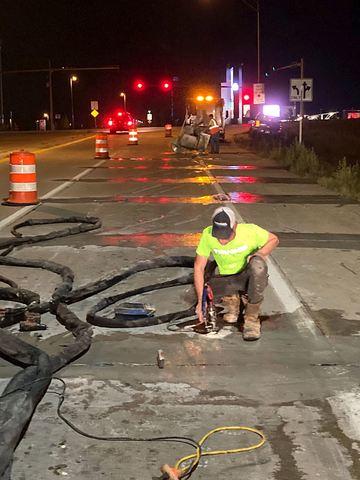 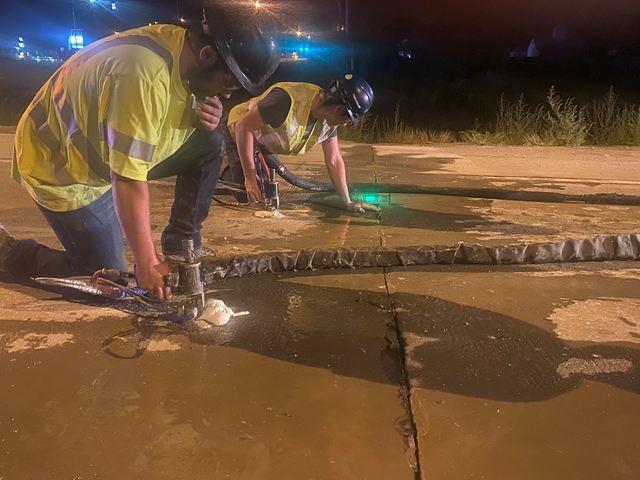 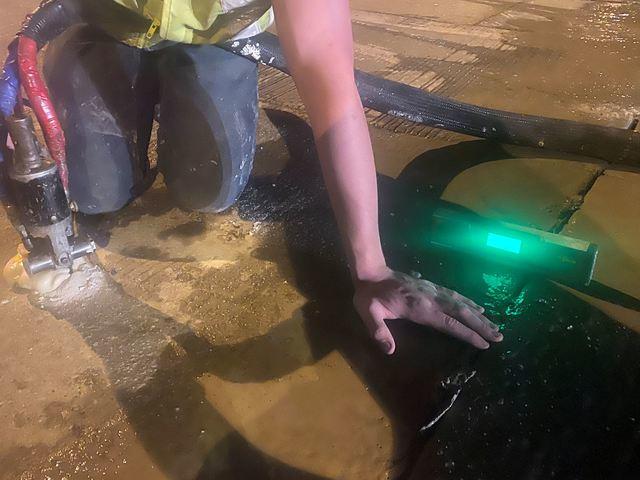