When Michael purchased his Independence, MO home, he knew he would do some updating. He had no idea how much support he would need to need to accomplish his goals.

Michael's eightyish-year-old home had seen better days. He negotiated a good deal on the house, knowing he would make some repairs and some updates for this to be the comfortable place he fell in love with. Walking through the house, he felt the floors were spongy, saggy and bouncy. No big deal, right? It should be easy enough to fix.

Michael called Thrasher Foundation Repair, and we sent out System Design Specialist John Hollingsworth for a thorough inspection. What John found was more than the small problem that Michael had hoped for. "The support beams that held up the floor were failing," John said. "The support columns weren't doing their job anymore. In some cases, they'd crashed. Someone had tried a hodgepodge of fixes in the crawlspace - all were insufficient."

Maybe it's because crawl spaces are inherently ugly and hidden away, but it seems as if they're often repaired using less than ideal methods. These can include replacing original sunken columns with new concrete block columns, which in addition to taking a long time to cure, can settle into the soil below, requiring placement of shims over time between the new columns and the wood framing. Unfortunately, these shims are often just a temporary fix that will have to be replaced or added down the line.

At Thrasher Foundation Repair, we use the Supportworks SmartJack(R) system, designed specifically for use as supplemental support in a crawl space, to shore up sagging joists and beams and be used in conjunction with the existing column. The galvanized steel components and the cast aluminum footing work in tandem with a cube of compacted engineered fill rock that absorbs and spreads the load to the surrounding soil and over a larger area. This leaves a sturdy, permanent fix that addresses the issues that caused the floors above the crawl space to sag in the first place.

The SmartJack(R) system provides reliable support for sagging and undersized beams, restoring stability and straightness to sagging floor joists in a crawl space. SmartJack support posts can correct problems such as sloping and overly springy floors, interior wall cracks, and out-of-level door frames once installed in your crawl space. The SmartJack can be adjusted over time to provide additional straightening and leveling action if necessary because of its design.

Since the entire 1,300 square foot home was experiencing bouncy floors, John gave Michael a couple of options - fix parts of the house in stages or do the whole permanent repair, all at once. The entire house repair included 12 new support beams, reinforced by 24 smart jacks. It was a big job! Michael took a deep breath and said, "I had no idea it was this big of a job. But, we're doing the whole home. No option. I want it rock solid, and I want the warranty."

Knowing that the customer was anxious to get the job completed, Thrasher sent in two crews, and they completed the job in just 2-3 days. The SmartJack solution was the right choice for Michael's home. Not only can they support loads of more than 60,000 pounds, but they are galvanized for corrosion resistance. This is important because crawl spaces are notoriously humidity rich environments that are hard on wood and other metal products, and will ultimately fail. They install in limited-access areas and are the ONLY crawl space support jack that addresses problem soils. This is important because you have no idea what you might encounter once you get under the house. And the support jacks are only as good as the soil they are supported by.

Customers tell us all the time that when they have a trampoline effect or floors that make a lot of noise, they don't know what to do. Once you've seen what the SmartJack system can do, you'll know that there is only one right way to fix your crawlspace floor system.

If your crawl space is sinking or sagging, we at Thrasher are here to help. We offer free crawl space repair inspections throughout our service area, in Omaha, Lincoln, Sioux City and areas nearby. Schedule yours today!

Each quote comes at no obligation and includes an on-site inspection, professional consultation, and a written cost quote. We'll also send you a complimentary copy of our 90-page foundation repair book for your reference. (Michael had another contractor out to bid on the project, and after five days, he still hadn't received a proposal. He told John, "You're all in. You're here, and I'm going with you.")

Michael was happy with the fix. He made an important decision to turn their permanent fix into peace of mind. And, it includes a 25-yer warranty he can transfer if he decides to move in the future! If you have any nagging problems where Thrasher Foundation Repair can help, call us or link to our Free Inspection form here. 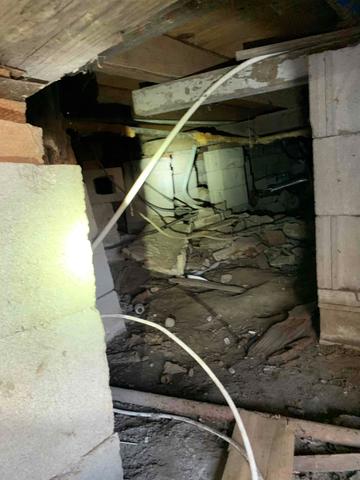 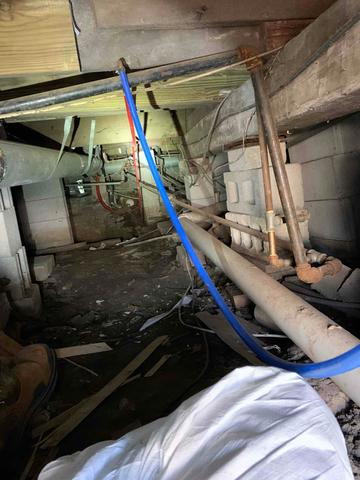 Independence, MO crawl space that will have SmartJacks installed to support the foundation of the home 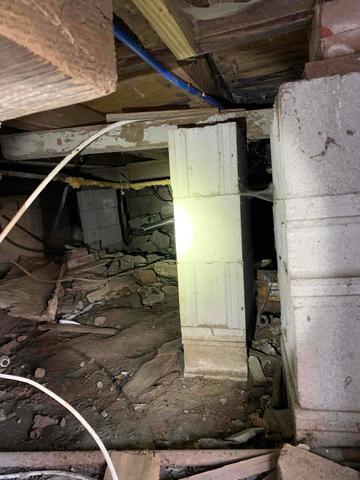 Failing support in a crawl space 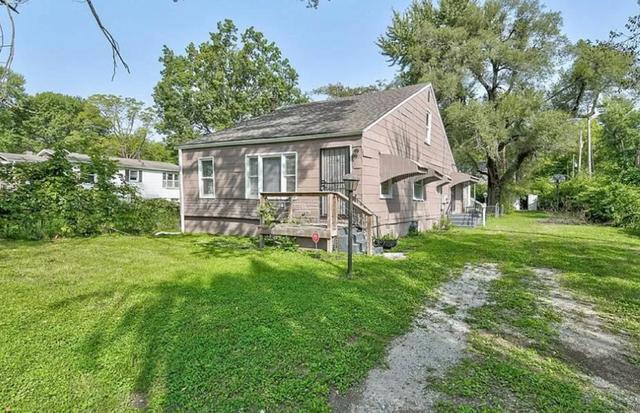 Home in Independence, MO that will get SmartJacks installed in it's crawl space

Before & After Photos: Basement Waterproofed in Independence, MO
Back to Previous Page
Back to Case Studies