Home»About Us»Blog»What is a Concrete Expansion Joint and Why Does it Matter?

What is a Concrete Expansion Joint and Why Does it Matter? 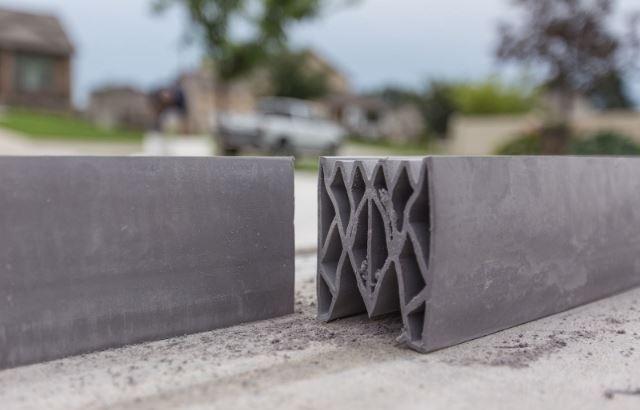 Concrete expansion joints allow concrete slabs to expand and shift without causing damage to your home's foundation or surrounding structures.

An expansion joint is exactly what it sounds like. It's a joint that allows expansion. And what we know about concrete is that it will continually expand in the heat. It's always going to be shifting around for a seasonal change. Expanding and contracting concrete isn't a problem until the expansion joint is not doing its job--when it's not, that is when damage to concrete or the home it is around will occur. Expansion joint failure can happen for several reasons, but regardless concrete needs a buffer as it goes through the natural cycles of expansion and contraction. So, this has always been the case, and this is why expansion joints are necessary. Now, what happens is when your expansion joint either deteriorates in time, closes up over time, is not installed correctly, or it is just not there. Your concrete will start shifting, moving, cracking, buckling, and in worst-case scenarios, start causing structural damage to your home's foundation.

To protect your home from this, we have a product called CompressionGuard. It is an expansion joint that's going to last you over time. When the soils shift and the inward movement of your concrete want to push it and cause damage and structural issues with your home, CompressionGuard will handle the movement. That way, you can prolong your concrete's life and protect your home from any problems associated with the inward movement of the concrete. So, what we do to install an expansion joint, or what we call CompressionGuard, is we have a crew come in and make a couple of cuts in your concrete, a straightforward process. The best part is once we install your CompressionGuard, we know that we're going to prevent cracking, buckling, heaving, and we're going to extend the life of your driveway for years to come. Fusion--one of thermoplastics' strengths is its ability to be melted, molded, or fused and regain its solid state, uncompromised. This is important for CompressionGuard as it is manufactured in ten-foot sections, shorter than the width of most driveways, and requires fusion to create a complete, watertight junction. 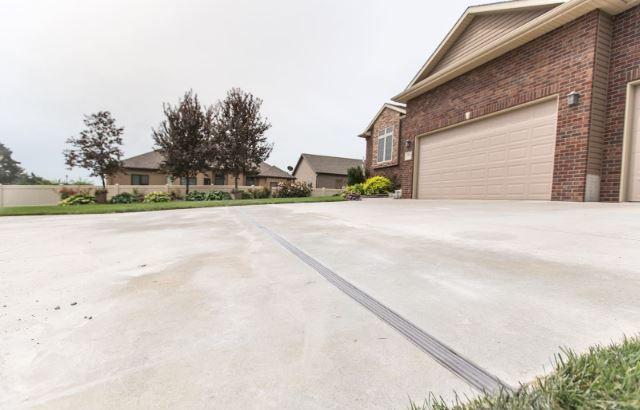 Here are the seven key features/benefits of CompressionGuard.

Pliability: Thermoplastic Vulcanizate (TPV) combines the characteristics of vulcanized rubber and thermoplastics. When rubber or related polymers are vulcanized, they become more durable and long-lasting while maintaining pliability. This pliability helps CompressionGuard perform well with the expanding and contracting nature of concrete.

Long-term use: as a TPV CompressionGuard, as a material, will last for years and won't chip away or degrade out of the joint. Additionally, it can expand or contract up to an inch before loads are transferred away from the CompressionGuard, which is significant.

Compressibility: CompressionGuard can compress up to an impressive 1". Because of the way it compresses, it will not give an ugly "bubbling" appearance, even in extreme cases of compression. While unlikely, in severe cases, after many years of use, there is always the option to re-cut and replace CompressionGuard as needed. Remember, in the most extreme cases, we are only seeing fractions of an inch of movement, per year, of concrete activity through expansion.

Flush design: the design and installation of CompressionGuard lead to a joint that fits flush against all sides of the concrete where it is placed

Engineered size: CompressionGuard is intentionally designed as a 4" x 4" joint, then compressed to 3" wide and 4" tall when installed. This matches the exact width of standard driveway slabs. This makes a straightforward installation that is guaranteed to keep concrete slabs separated where it is placed, providing the most effective buffer possible for damaging forces.

Color: Aesthetically, CompressionGuard is designed to blend in as a "concrete gray" color. This is particularly noteworthy as the specific chemical makeup of CompressionGuard makes coloration extremely difficult to achieve.

Fusion: One of thermoplastics' strong suits is its ability to be melted, molded, or fused and regain its solid state, uncompromised. This is important for CompressionGuard as it is manufactured in ten-foot sections, shorter than the width of most driveways, and requires fusion to create a complete, watertight junction.

What is a concrete expansion joint and why does it matter? We asked one of our experts and here's what we found out.