Lorraine and Ron H. had bouncy floors and significant drywall cracks.  They knew the problem had to be in the crawl space, but they hadn’t ever been down there to see what might be going on.  Cracks in their drywall began to worsen, so they knew they had to get the situation looked at.  Elliot Moles was the design specialist that came to inspect the crawl space and provide a solution.

Dirt crawl spaces are known for high humidity, and often the moisture causes the wood floor joists to weaken. This causes a sag in-between the main support beam.  In those cases, supplemental beams may be necessary.  For Lorraine and Ron, the issue was actually a problem with the main beam.  The supports under the main beam were settling and beginning to lean over.  This was causing the main beam to rotate, leaving the floor system with less than adequate support.

The solution was a new beam and support posts.  Thrasher Foundation Repair installed 7 SmartJack Support Posts and the new beam.  The job was completed in one day, and the floor was stabilized and lifted back to its original position.  Lorraine and Ron were thrilled with the fact that they could move forward with the new floors that they wanted, but had been afraid to install until the floor was supported.

Sagging floors were causing major cracks in the drywall on the main floor of this home. 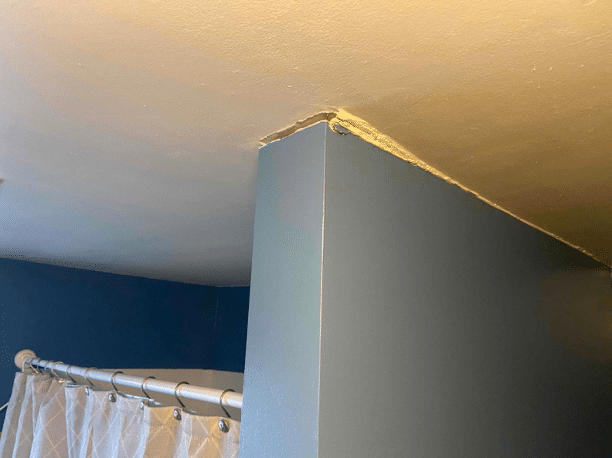 This wall was separating from the ceiling as the floor settled and caused a sag in the center of the home. 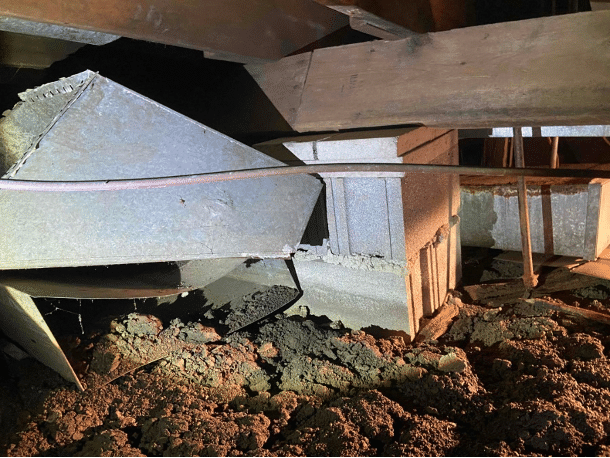 As the center column footings settled, the concrete block column began rotating and taking the center beam with it. 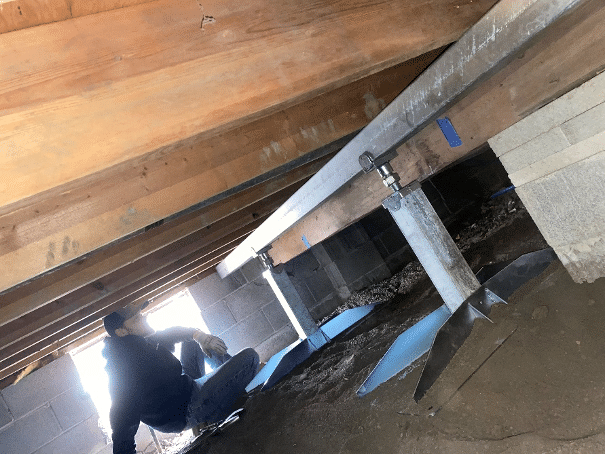 After rotating the original beam back to center, seven new support columns were installed with a new steel beam to add additional capacity to the floor system.