Lorraine, KS - Structural support beams and jacks were used to resolve foundation settlement issues for this older home. The homeowner began to notice cracks in the walls and ceiling, and with this solution in place he can now move forward with the home renovations he had planned. 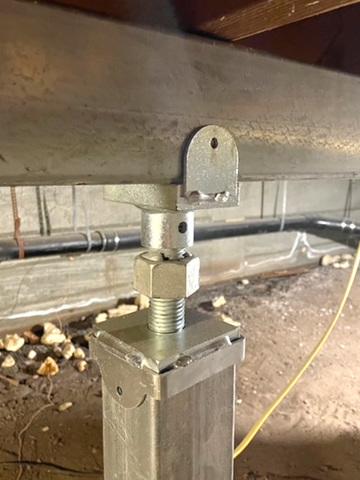 Support jacks were installed in the crawl space to shore up sagging joists and beams. 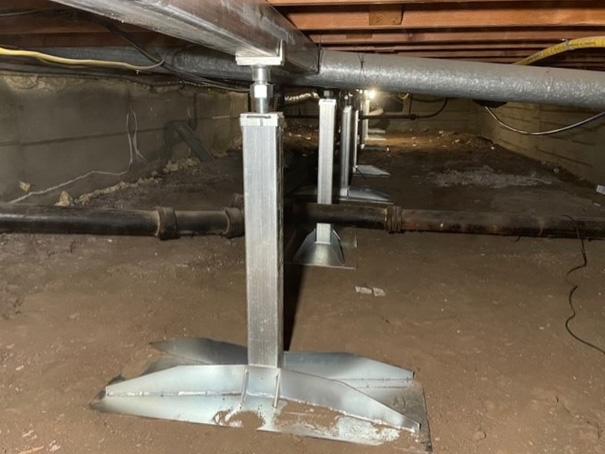 Structural support beams and jacks were installed in the crawl space to reinforce the homes existing support structure. 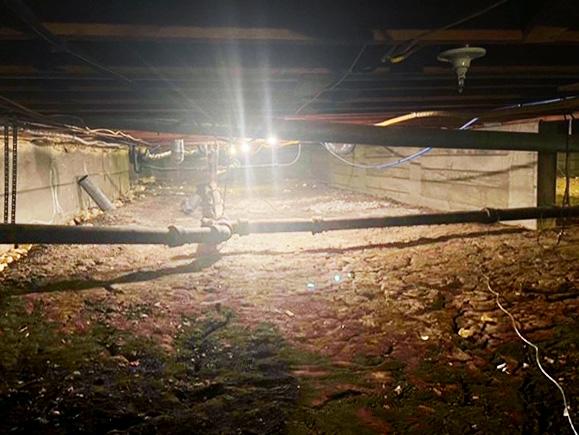 Many crawl spaces in older homes have aging wooden support beams that fail over time due to foundation settlement. 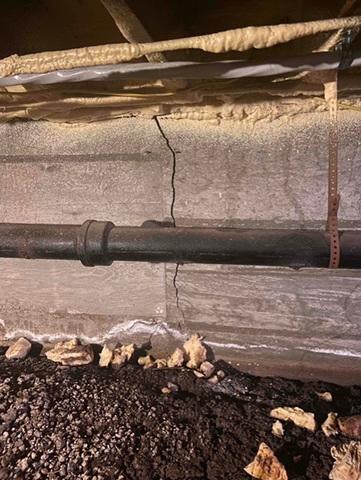 As the weight of the home settles, cracks will begin to appear in walls and ceilings, starting from the ground up.