Gail and Gary of Lincoln, Nebraska had a dirt crawl space that was damp, moldy, musty and unsightly. To isolate the connecting basement and the rest of the house from the telltale odors and poor air quality that a damp crawl space can cause, we proposed a 3-part solution. First, a drain was installed to keep water from intruding into the space. To allow water to drain properly, drainage matting was installed on the dirt surface of the crawl space. Finally, CleanSpace vapor barrier was installed along the floor and surrounding walls to stop moisture from intruding into the space where it could increase humidity. 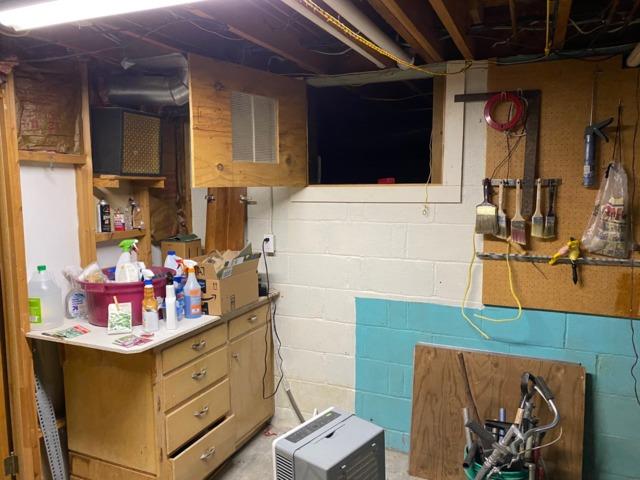 Many homes have both a basement and connected crawlspace. If the crawl space is unencapsualted, damp earth smell can make their way into the basement and the rest of the home. 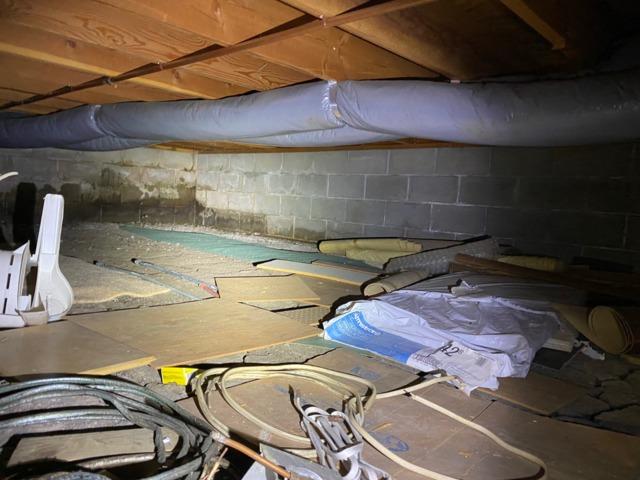 Crawl spaces are often neglected until water and odor become an issue. Signs of water intrusion can be seen on the discolored cinderblock walls. 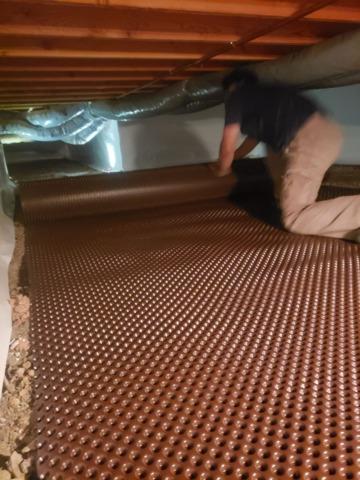 Water is stopped in its tracks by drainage matting, keeping crawl spaces dry. 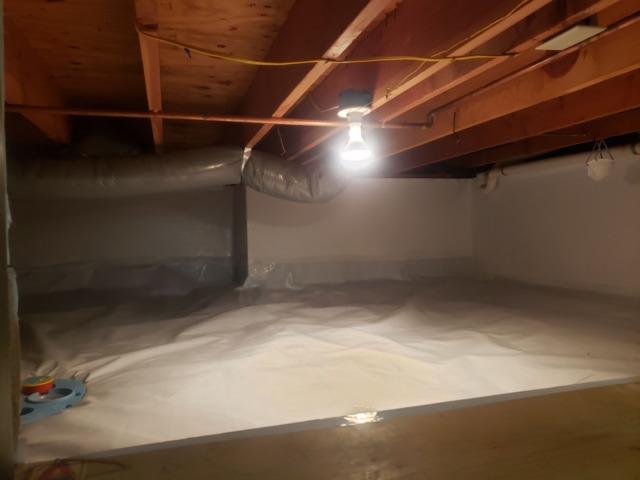 With CleanSpace vapor barrier, a drain and drainage matting installed, this crawl space is now a clean, dry and usable space.