This Wymore, NE homeowner is retired and no longer wants to worry about her foundation walls caving in and cleaning up the water in the basement. In addition, she has plans to leave the home for her children and wants peace of mind knowing the foundation issues are taken care of.  Two of the foundation walls were experiencing extreme failure, however, one was worse than the other. The walls were bowing inward due to expansive soils, and this was allowing water to seep through. In order to combat the failing walls, Thrasher installed our PowerBrace support system on both walls, and then on the north wall that was worse we utilized our ShotLock restoration system. These two products permanently stabilize the wall in its current position and can be tightened over time to return it to its original vertical structure.  The homeowner was more than pleased with the quality of work and the team’s communication throughout the project. In addition, she was happy with the final appearance and now has confidence her home will last without any foundation issues. 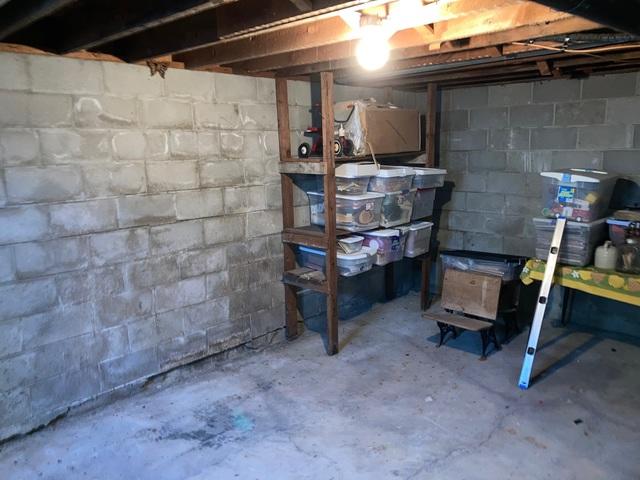 This wall had the worst failure and was allowing water in through the cracks of the broken foundation. 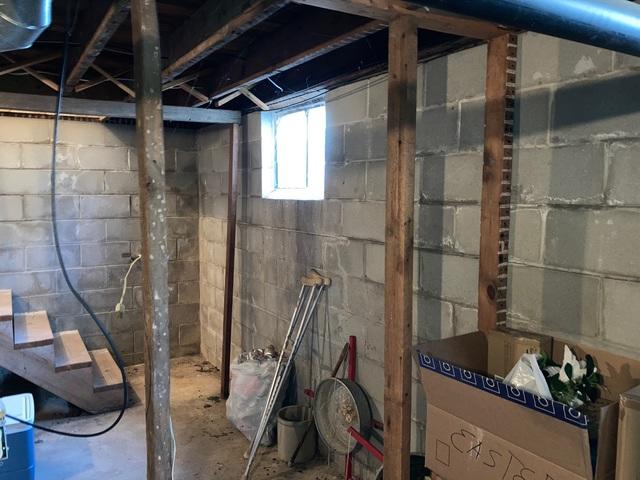 This wall was experiencing high amounts of stress and beginning to cave inward. 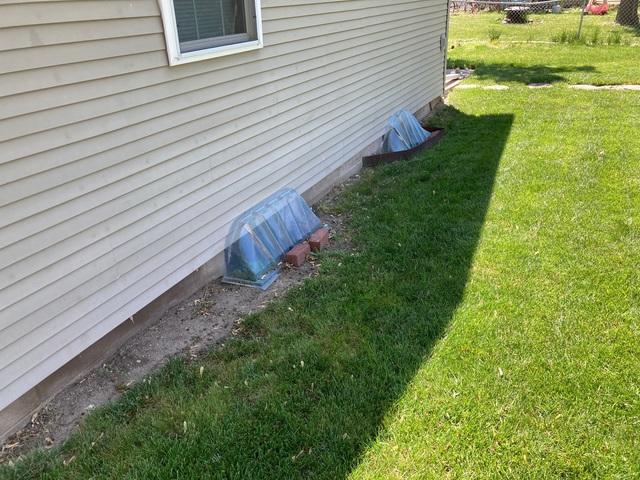 Water was also able to seep through windows on the west wall. 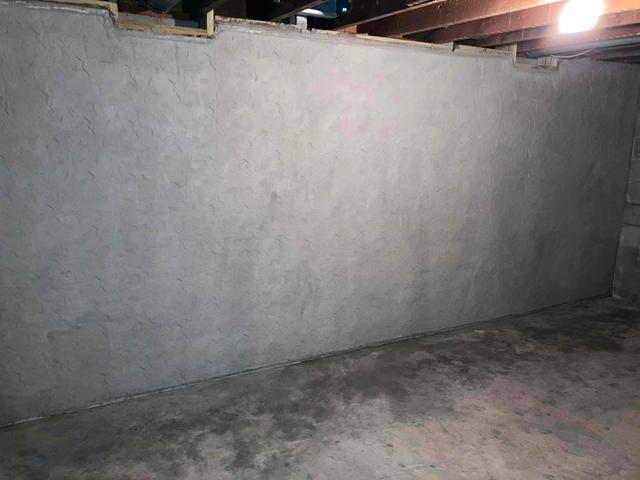 ShotLock covers the full surface of the wall to seal all cracks and secure the foundation in its place. 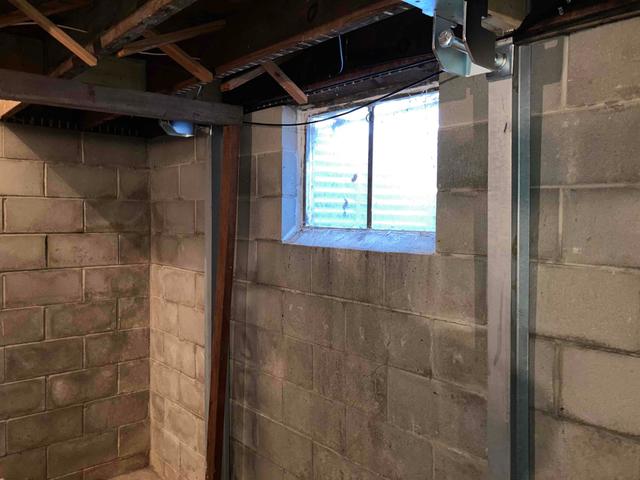 The PowerBrace beams run from top to bottom and can be tightened over time to return the wall to its vertical position. 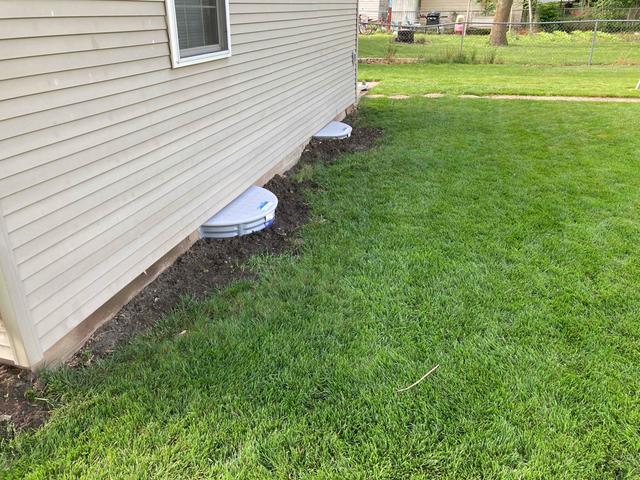 Our WellDucts were installed to capture the water and prevent it from entering the basement to keep it dry year-round.