This Iowa homeowner was trying to sell her house, but some obvious wall failure in the basement was scaring away potential buyers and attracting low-ball offers on the home. Thrasher was able to permanently fix the problem by stabilizing 2 walls using our Everbrace wall support system and our Powerbrace wall support system to stop inward movement of the wall. This work was also warrantied and transferable to the new homeowner, which helped smooth the sales process and soon led to a successful sale of the home. 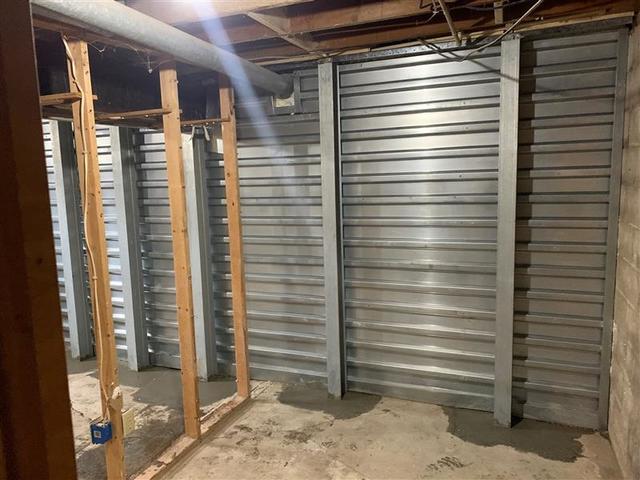 Our EverBrace system is designed to return stability to walls in a severe state of failure. 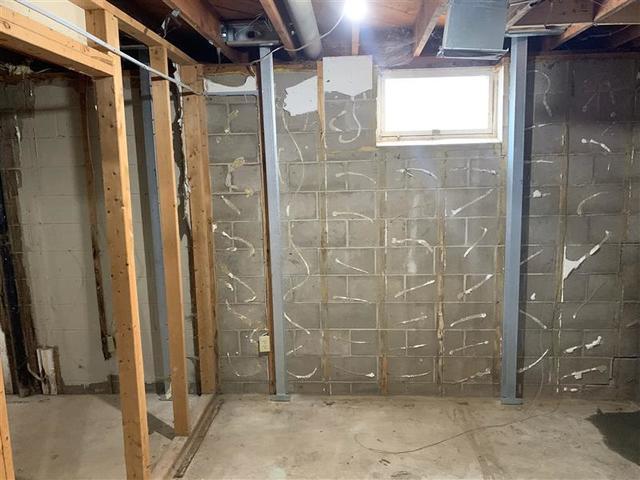 A second wall of the home was exhibiting early stages of wall failure, which was resolved with our PowerBrace system. 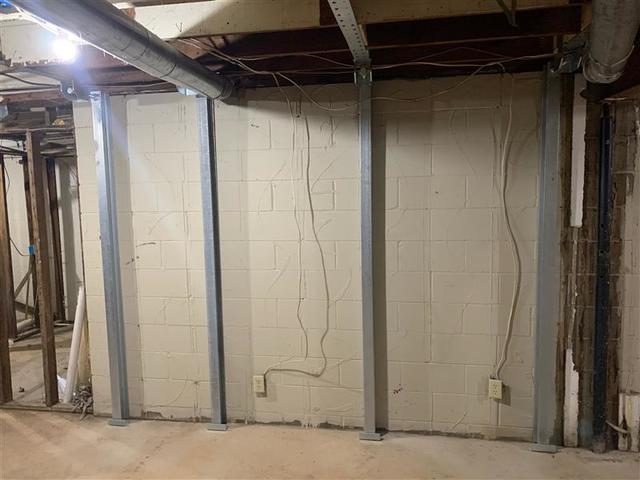 Over time, our PowerBrace system may be adjusted to gradually return leaning walls to level. 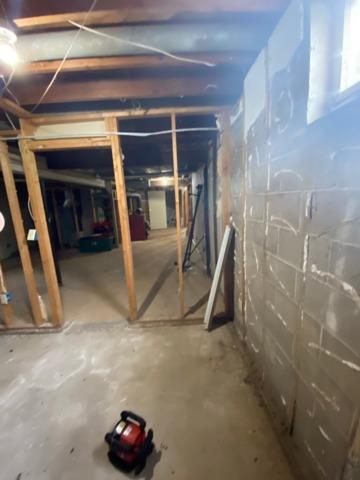 This basement wall, along with a second, was noticeably leaning, making it difficult for the homeowner to sell the home.