The Thompson family residence was built in 1985 with the original 18-foot wide driveway slab still in place. Over time, the area of the driveway nearest the garage had settled approximately 4 inches. This concrete slab settlement created trip hazards when walking in and out of the garage and made it awkward when Ms. Thompson entered or exited the garage with her vehicle. Besides, the slope of the driveway slab was directing water toward the home rather than away from it, promoting further slab settlement and potentially future basement water problems and foundation damage. The homeowner considered removal and replacement of the concrete slab panels or mud jacking to raise the slabs. Replacing the concrete was determined to be too costly and disruptive for the homeowner. Mud jacking was not chosen for several reasons, including the additional weight it places on the already problematic soil, the cure time required, the potential of wash out over time, and the fact that mudjacking would not be a long-term permanent solution. The Thompson's had tried mudjacking before and were not satisfied with how short of a time it lasted before the concrete had settled again.

Because of these concerns, the homeowner found herself seeking an alternative to traditional concrete repair methods.

Thrasher proposed a polyurethane injection system, PolyLevel, to provide an economical, quick and effective solution for lifting the homeowner's concrete driveway slab. PolyLevel is a two-part polyurethane material that expands into a rigid foam used to fill voids and lift and stabilize concrete slabs. Once injected through small, pencil sized "ports," the material expands, lifting the concrete and converting into a robust and rapidly-setting foam material. In its foam state, PolyLevel is super lightweight, weighing two to six pounds per cubic foot. Other void-filling or lifting materials can weigh upwards of 120 pounds per cubic foot, adding a significant additional weight burden to the supporting base material beneath the concrete and potentially contributing to further settlement issues. For this project, Thrasher installed the PolyLevel and lifted the concrete slab to its original position. We completed the entire project in 3 hours, and with PolyLevel's quick cure time, the homeowner was able to drive on the slab 20 minutes after installation. PolyLevel is an environmentally friendly, clean, efficient, long-lasting and economical alternative to traditional concrete repair options.

The Thompson family appreciated how quickly the job was performed and how clean the project was.  She thanked the crew in a follow-up call saying, "I left the house and returned just a few hours later to a completely different driveway.  I couldn't even tell that they had been there other than the fact that I could drive into my garage without a huge bump!"

This project also had a deck near the front door installed over a portion of the concrete.

Because the tools used for the installation are small, the deck didn't have to be removed to lift the concrete.

The concrete under the deck was able to be lifted back to its original position.  This allowed a wood shim to be removed added to fill in a gap under the step. 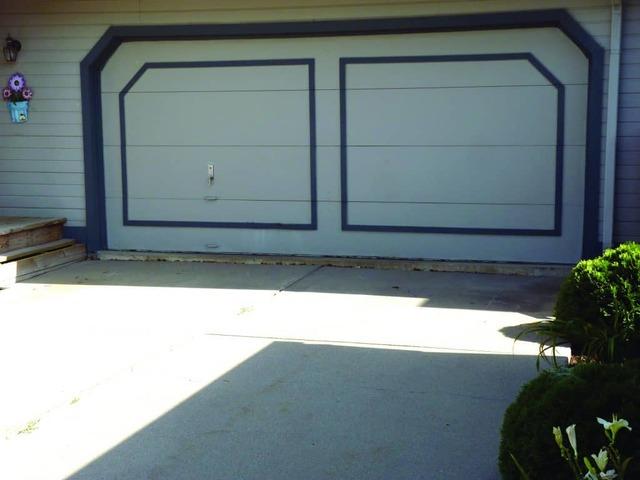 Before: A sinking concrete driveway.

Before: A 4-inch gap between garage floor and driveway. 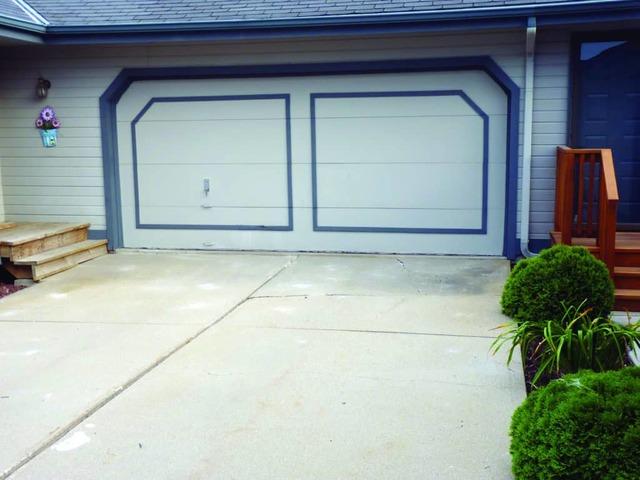 After: Concrete slabs have been lifted and leveled to match the garage floor level. 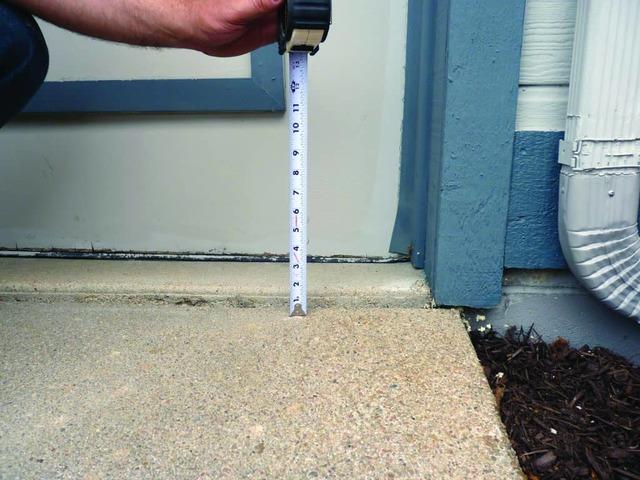 After: The 4-inch gap has been closed to within a half inch of the garage floor.