The Kohls moved to Grand Island, NE from Western Iowa. They searched for the right home and finally purchased a tri-level in a rural setting that had a crawl space on the lower level. “We've been looking for about four years. And we finally found it,” Andy Kohls said.

They also found they had a smell originating from their crawl space.

According to Andy, “We had a crawlspace down there and as time progressed, my wife says, 'I can't go down the basement. It just smells musty all the time. I can't stand it.' I had a big humidifier, and I kept it on a rubber pad the previous owner had put in there. So rather than selling the house right away and buying another one we decided to check out Thrasher.”

"I can't go down the basement. It just smells musty all the time. I can't stand it."

The Kohls shared that there is a fireplace on that level and they felt they couldn't use a third of their home because of the smell. Musty or moldy smells are a sign that something is not right. Similar in nature, they are both caused by the presence of mold or mildew. It is not only unpleasant but may have health-related consequences.

Thrasher's System Design Specialist, who had experience mitigating smelly, unhealthy crawl spaces, met with the Kohls to examine the problem and proposed a solution that included a custom crawl space moisture barrier.

“When the crew came out, I couldn't believe how fast they came in and hauled stuff out. They sloped the crawl space toward the sump and then brought gravel in five-gallon buckets. They ran drainage all the way around the edge and then put down a pad with bumps on it so any water could flow and then laid the bladder over the top to effectively seal out any of the smell. Then, they cleaned up though they never made a mess of anything in the house. It was all done in one day,” Andy added.

Results: Andy admits, “I'm certainly happy with it. If I came to another place that has a sand or dirt crawl space, I'd do the same thing again. Because, if I go to sell it, somebody will look down there and they will see that somebody took the time to eliminate a problem.”

Another benefit is making more efficient use of the space. “I got storage now. You know, I could have never used it for storage before. If I hadn't put that bladder in, there's no way. But now, I have stuff down there,” Andy exclaimed. “And it's dry!”

Last Spring, there was a lot of flooding in the Grand Island area. Andy felt he could have sold their home because they had a system that worked. “I could have sold my house with all the flooding going on. Because I had something to take care of it. While all these other people were having trouble, I feel confident I could have sold our house. I think that's a pretty good investment right there. Right?”

If you're wondering if you have a crawl space issue check out these common challenges by reading more here.

For more information on how Thrasher Foundation Repair can deliver exceptional results to your crawl space or basement waterproofing project, schedule a free inspection by calling us today. 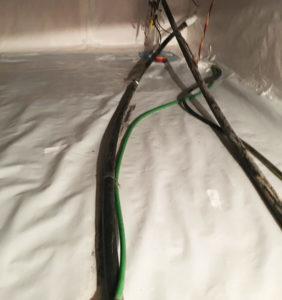 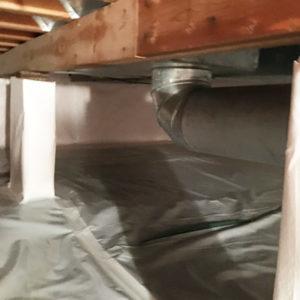 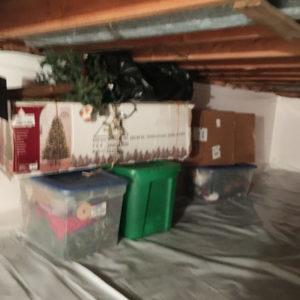