Kansas homeowners surprised to find a solution to the damp Crawl Space that they'd been seeking to fix for years.

Dirt crawl spaces are known to have high humidity levels that cause musty odors, mold, and wood rot. Often the problem is out of sight and out of mind. Many people will live in a home for years before getting fed up and wanting to do something about it.

After years of living over a dirt crawl space, that is precisely what happened with Don in his home in Pleasanton, Kansas. The musty odors got bad enough that Don decided to get an expert opinion from Thrasher Foundation Repair. Ryan Galt is the System Design Specialist that visited the home to inspect the problem. Upon checking the crawl space, Ryan was able to show Don exactly what was causing the musty odors along with a few other issues.

To effectively address an issue like this and come up with the proper solution, it is crucial to identify the problem's root cause. The loose soil and moisture are the issue in most crawl space situations, as in this case. First and foremost, it is essential to know that the damp smell and odor are caused by mold.

Mold takes three things to grow and flourish. First is moisture, the second is mold spores, and the third is organic material or anything from a tree. We can only eliminate one of those three things, and that's the moisture.

Organic material is what our homes are built of, so that can't go away, mold spores are just in the environment which we can't control, but moisture we can help with that.

The musty odors were a result of high humidity levels that were wreaking havoc in the crawlspace. The humidity readings in the crawl space read 91.9%, which is way over the maximum of 60% needed to prevent mold and wood rot. The wood moisture content was also higher than ideal. A problem that Don had dealt with for years was a bouncy floor on his main level. He had no idea that these were related issues. Ryan’s inspection showed that the excess moisture was weakening the floor joists and causing them to sag. All of these problems were a result of the high moisture levels.

Don mentioned that he had asked around over the years but had never had anyone who could tell him what was going on in the crawl space. He even had a mice issue recently that was especially disturbing to his wife. Don appreciated the educational approach Ryan took to explain the problem and the best solution. Don mentioned his primary goal being a quality fix that would last until they are ready to sell the house.

Ryan’s proposal included crawl space encapsulation to seal the soil away from the home, support jacks to reinforce the floor joists, make them level, and crawl space dehumidifier to ensure relative humidity remains below 60%. The project was scheduled, and the Thrasher crew completed the work in just one day.

Don and his family were thrilled with the outcome and were left wondering why they had waited so long to get this problem fixed. They noticed the musty smells disappear within a few days, and their floors were no longer bouncy. Don also mentioned that he was glad that he would restore his home’s property value because of the work.

Crawl space encapsulation offers our customers peace of mind from dirty, humid, wet crawlspaces. If you have humidity issues, want to encapsulate that nasty crawl space or are ready to finish off the basement, CleanSpace might be the answer. Call Thrasher Foundation Repair for a free inspection and find your solution. Fill out the form here or call us  to get an appointment. We look forward to helping you! 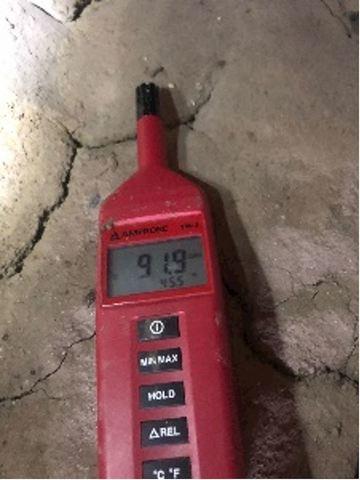 Photo- Hygrometer readings showed the relative humidity was over 91.9%. Keeping levels below 60% will help prevent mold growth and wood rot. 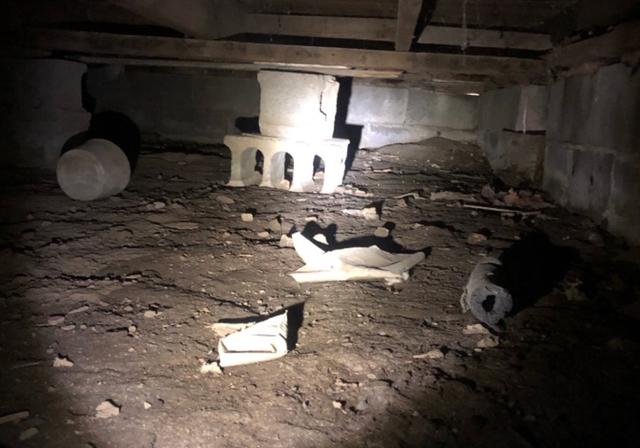 Before- The dirty crawl space was not a place anybody would want to be. 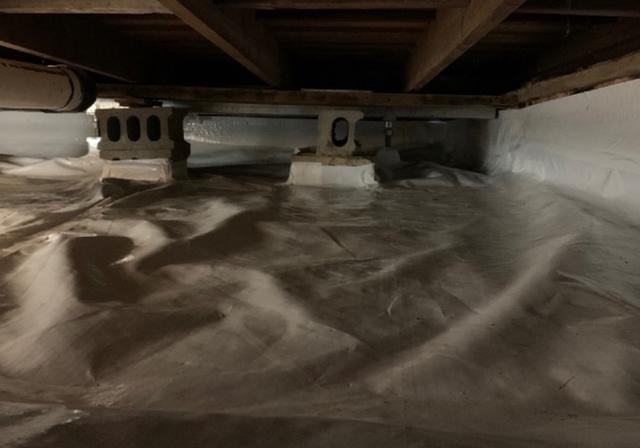 After- After the crawl space was cleaned up and the liner was in place the crawlspace was suitable for storage. 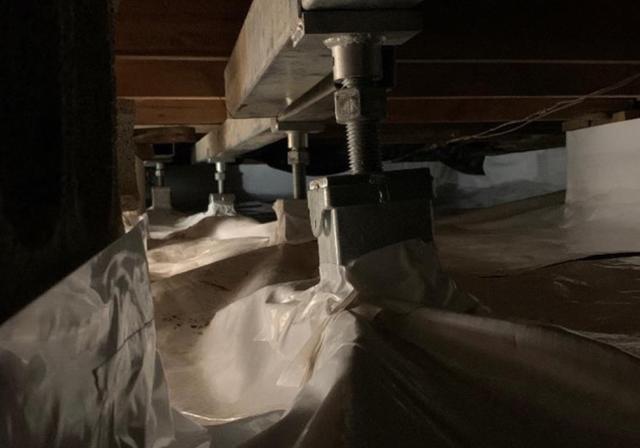