We have a product that will reinforce the bowing walls that may be happening to your foundation.  It is called Carbon Armor, or simply put as carbon fiber.  It is a very lightweight, stiff, and high-strength material that can brace the block walls that are bowing in the first place.  Even though it's lightweight, the strength of Carbon Armor will stabilize the foundation of your home.  It's aesthetically pleasing and doesn't take up any room in your basement.  You can simply paint or drywall over the carbon armor straps.  You will have no loss of living space.

Carbon Armor is 10 times stronger than steel and has been used by the US Defense, Army Corp of Engineers, and Aerospace engineers. It has been used for bridges, skyscrapers, and bomb shelters.

Here is how it works, after filling in any crack or cracks that may have formed on your block wall, an epoxy is used as an adhesive to coat the wall where the support is needed. Then the high-strength carbon fiber strip is applied over the epoxy. Next, another layer of epoxy will be applied once the carbon fiber has been set in place to better adhere to the wall and make the wall more stable.  This process is repeated as many times as it takes until the structure is fully supported.

Why you need Carbon Armor? As forces of nature, such as moisture and frost, interact with the soil around your home, the soil expands. That expansion results in a constant inward force on your foundation wall until it can no longer support the pressure, causing cracking, bowing, and tipping.

Also, Soil Shrinkage: While too much rain can cause major problems, the lack of rain can cause its own issues. When dry periods extend for months or years, clay soil dries out and shrinks. As the amount of soil around your house shrinks, it creates an empty space for your home to settle into.

Poorly Compacted fill soil is also common practice when developing neighborhoods involves removing soil from hilltops and placing it in valleys to create flat, buildable lots. When this fill soil is not well compacted, it can compress under the weight of the home, causing settlement or foundation issues. That means that entire neighborhoods can be prone to foundation settlement.

So for your peace of mind, imagine your home when it was new. Picture everything working exactly the way it was designed. The original owner - maybe it was even you - didn't have to worry that their largest investment was losing value due to a foundation crack. They didn't lose sleep at night wondering if a floor might buckle or a wall might cave in. These are all good reasons why it makes sense to fix your foundation problems now, rather than waiting. and, as we said earlier, you're going to have to address your foundation problems one way or another eventually. So, wouldn't you rather fix them now, when it's so much less expensive?

Foundation problems only get worse with time. It's tempting to ignore them because foundation cracks often progress slowly. But every year that passes adds complexity and cost to the situation. And the thing is, you'll end up paying for it eventually, either when you finally repair it, or when you have to lower your price to sell your home.

Why deal with bowing foundation when Carbon Armor is the answer?  Enjoy your living space and have the peace of mind that your walls are stabilized and never have to worry about them again. 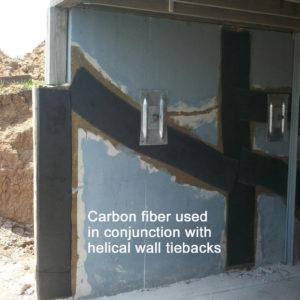 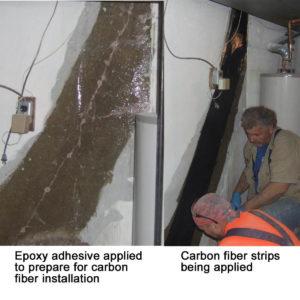