After you’ve lived in a house for a while, you might ignore the little things, chalking them up as “character.” But, there are some things you can’t ignore. One is water coming into your house through cracks in your foundation wall due to settlement. The other is a fear that the foundation wall might someday collapse and create an even larger problem.

That’s what David and his wife were experiencing near Ord, NE. Their foundation wall was cracked, and bricks were falling. They were also getting water coming in through the gaps. They were tired of cleaning up the water in his basement and the worry associated with it every time it rained. They didn’t want to lose the wall and weren’t interested in jacking the house up and pouring an all-new foundation. It was something they were tired of dealing with now they had reached retirement age.

They called Thrasher Foundation Repair, and we sent out System Design Specialist Cassius McClintic. It turns out, Cassius went out there with some history. “We had seen them 5 or 6 years ago, so that gives you an idea of how long they lived with the problem. And, I can tell you it wasn’t getting better with time,” Cassius said. “When we were out there the first time, we did not offer ShotLock in this area, so we didn’t have a real fix for them because their foundation wall was brick. It was too brittle to secure the wall anchors.”

As the problem worsened, they reached out to another contractor who couldn’t do anything to help them. By the time they called Thrasher again, we were in a position to help.

Cassius said, “The key to all of their problem was to secure the foundation wall and keep it from becoming a much bigger fix.” Hydrostatic pressure from moisture build-up in the soil or wet clay soils or frost heaving in lower temperatures can cause foundation walls to give under pressure. Left unaddressed, this can threaten your home’s structural integrity. Early symptoms can include drywall or plaster cracks, uneven floors and stuck doors or windows. Later-stage symptoms can consist of a visually bowing wall and water intrusion due to cracks in the walls and gaps in the mortar.

Cassius explained what had caused their problem and what it would take to fix it. “They knew they had a big decision to make and called me back the next morning, wanting to get on the schedule and to take advantage of the incentive.”

We used a Wall Anchor System Solution to stabilize the wall. Over the years, we have found the best way to anchor a basement wall is to first place an anchor in compact, load-bearing soil in the yard. We then attach it to a wall anchor on your foundation wall with a steel rod. The anchor can be adjusted, which allows your wall to slowly return to its original position, closing cracks and restoring foundational strength. Tightening is typically done with a wrench that turns the adjustment nut. Wall anchors should be tightened every 3-4 weeks when the ground outside is dry and not frozen until the wall is straightened.

Because the customer’s foundation was brick, we needed to increase its structural integrity so the anchors wouldn’t pull through the brittle brick. We do that by restoring their deteriorating wall. We call it ShotLock Foundation Restoration. Thrasher builds and installs a rebar cage around the failing foundation wall. This rebar cage acts as a structure for our fiber-reinforced concrete material to adhere to. ShotLock is a fiber-reinforced concrete material used in multiple different types of foundation and wall failure situations. We then shoot the concrete at the wall through a hose. The force of the concrete adhering to the wall makes the wall two times as strong as regular concrete. After we filled the rebar cage, our production team smoothed out the concrete. This creates a smooth finish that does not look out of place in your basement. Using these two products, we created a wall to stop their foundation walls from failing permanently. We had one of our best ShotLock techs on this job, Jake Erichsen, who made a whole new wall around their existing foundation wall. “It went well,” Jake said. “The customer was delighted.”

Using the best materials, appropriately installed by trained technicians, and with a minimum amount of maintenance, foundation wall anchors work exceptionally well, providing an almost permanent solution to cracking, bowing or buckling basement walls. Installed across thousands upon thousands of homes all across the country over many decades, foundation wall anchor systems are one of the most common and proven foundation solutions.

David and his wife were happy with the fix. They made an important decision to turn their permanent fix into peace of mind. And, it includes a 25-yer warranty they can transfer if they decided to move in the future! If you have any nagging problems where Thrasher Foundation Repair can help, call us or link to our Free Inspection form here. 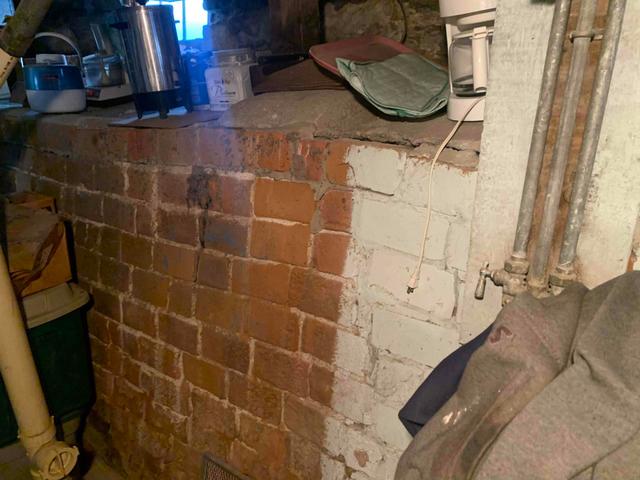 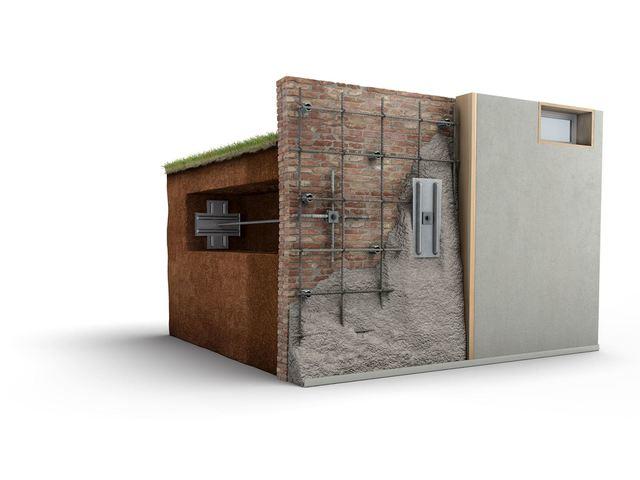 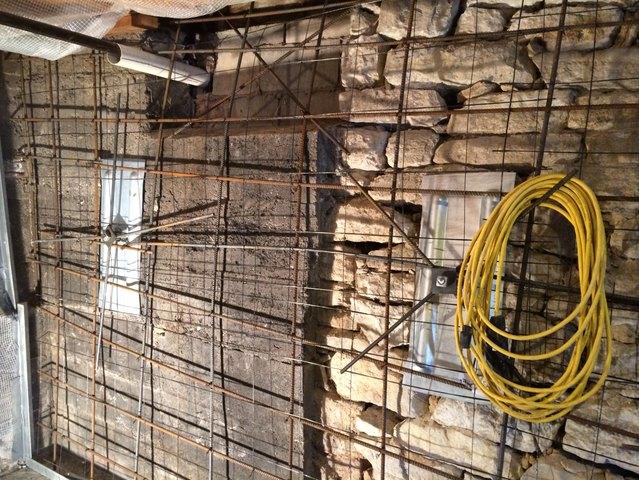 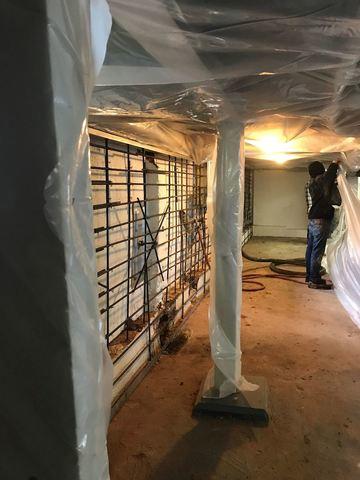