Home»About Us»Blog»Why should you cover a sump pump?

Why should you cover a sump pump? 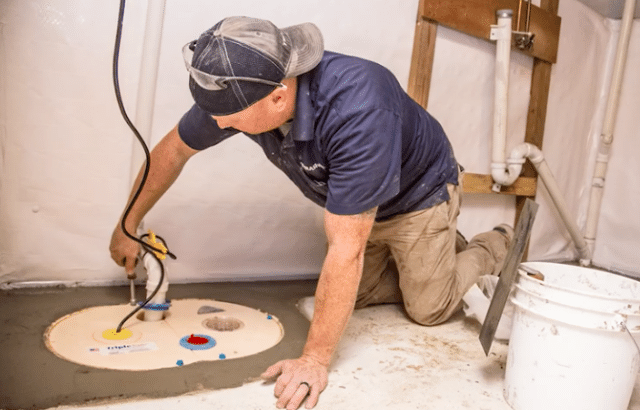 It is now code to have a sump pump liner installed in most areas when building a home. Often, it's pretty common to have a sump pump either without a lid in new construction. If the sump pump liner has a cover, it is common for them to have an opening on it. Here at Thrasher Foundation Repair, we believe in doing things a little bit differently, and we want to have our sump pump lids sealed right from the start. The reason for that is, first off, even when you have a drain tile system going around your home, not only is it collecting the water from around your home, the drain tile is also allowing earthy smells, moisture, and humidity into your sump pit. With a sump liner without a lid or holes in the top, these smells, moisture, and moisture leave the sump pump liner and goes into your living space in the basement.

Even if you don't spend a lot of time in your basement, those smells, moisture, and humidity also come into your finished space on the upper levels of your home because of the basement's "stack effect." The basement stack effect, in essence, says air will enter your basement through cracks in the foundation, openings in the foundation slab, openings in your sump pump liner, and other means and this air will rise from the basement to upper levels of the home. Then the air escapes the house through doors, windows, and other openings, and then the process starts over. So you want to seal the sump pump liner to prevent all the earthy smells, moisture, and humidity from getting into the home, and that's something very tangible that people can feel, and that's something that people don't want to have.

The other reason you'd want to seal a sump pump is to keep radon gas from getting into your home. Radon gas is a gas that you can't taste, see, or smell.

Because of that, often, radon isn't something people think about, but it can be hazardous to your health and even deadly. Radon is the second cause of lung cancer. Preventing radon gas from entering your home is another critical reason you want to seal your sump pump liner.

Sealing a sump pump liner is something that you can easily do and, as you can see, has a significant impact on your home and family's health and safety.

Contractors may also use other materials like drywall or some flooring material to cover the sump liner.

Once again, the issue is access and drywall. It is an organic material that will grow mold due to the moisture.

One of our basement waterproofing experts, Aaron Ruskamp, explains the importance of covering a sump pump and why Thrasher does it differently than other contractors.