Home»About Us»Blog»What is a sump pump and do I need one?

What is a sump pump and do I need one? 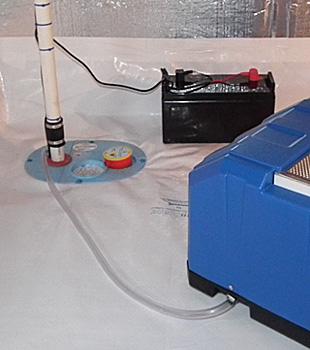 In the last 20 years, there has been a great deal of focus centered around getting water in your basements.  Here at Thrasher, we have been solving basement water problems since 1975, but with changes in how homes are being built, there has been a great deal of emphasis placed on this more recently.  Today when a home is built it's required that it has an exterior corrugated draintile that drains to a corrugated sump pit with a sump pump that is designed to capture the water around your foundation, take it to one location and pump it up and away from your home.

The problem is that the real estate market and developers have placed more emphasis on this but the education for homeowners on what their sump pump is and how it works is lagging behind. So, that’s what we’re going to discuss today. There are several brands of sumps pumps available and some of those brands are better than others, but there are also different types of sump pumps from submersible to pedestal and then to take it a step further there are those types of pumps but they have different floats or switch mechanisms that actually activate them to run.  So, as you can see sump pumps are not that simple.  Typically when I ask homeowners if they know even how often their sump pump runs the majority of them can’t even tell me that.  So, if you don’t know how often it runs my guess is you have no idea how it actually works, and what risks you have for your home if the sump pump were to not work.

Let’s begin by discussing at a basic level how a sump pump operates.  The way I typically explain it is it’s like the reverse of what the float in the back of your toilet does.  So, on a toilet when the float reaches the level you have it set at the water stops, on a sump pump when the water reaches the level that float is set at the pump engages is pumps out the water.  The first key part of your sump pump is the float or switch, you want a pump that has a float that is attached to the pump, a tether float can get caught on the side of the pit and ultimately fail to engage ultimately causing you a flooded basement.  The 2nd key is a cast iron pump.  Typically a builder grade or hardware store pump is not cast iron it’s made of plastic components with plastic parts ultimately making it less reliable and prone to failure more quickly than a cast iron pump.  Those are the big 2 things that I would start with when looking for a sump pump.

Now typically the pump that you receive when your home is built is a single pump that runs off of electricity.  What are some risks if the system that is designed to pump water out of your home runs off electricity?  Exactly if you lose power then that system is useless and you are at risk of a flooded basement.  Another risk is your pump is a mechanical device no different than any of your household appliances.  I don’t know how you feel, but I feel like they sure don’t make things like they used to.  So, as you can imagine it's not a matter of if your sump pump will eventually fail it’s when.  The question I have for you is when it does how would you know?  That’s right you wouldn’t.  You would come downstairs to water on the floor and damaged belongings which no one wants.

Here at Thrasher when it comes to sump pumps we believe that redundancy is key.  Obviously doing what we do with waterproofing, we have seen many different sump pumps and many different issues and risks that go with them which is why redundancy is so important for us.  When we talk with homeowners we always recommend our Triplesafe Sump Pump System.  The TripleSafe is the definition of redundancy.  It’s a cast-iron pump with a float that is attached to the pump, but it’s not just 1 pump like you typically get when your home was built it’s 3 pumps.  Can you say redundancy?!!  The key to the Triplesafe is that when your primary pump located at the bottom of the sump pit does fail b/c it’s a mechanical device so it’s going to eventually fail there is a secondary cast iron pump located just approve it in the sump pit to take over.  So now you’re probably thinking that’s all great but what if I lose power?  The Triplesafe has you covered!!  The third pump in the TripleSafe Sump Pump System is a battery backup pump that runs off a marine cell battery that is kept at a constant charge when you have power by a trickle charger, and when you lose power will pump out up to 12,000 gallons of water on a full charge while sounding off an alarm to let you know that it’s running and notify you of a potential issue before it becomes a problem.  As you can see by the TripleSafe system and its redundancy water is a serious issue, and something we take very seriously here at Thrasher.  We believe that you deserve a permanent solution, not just a bandaid, and the Triplesafe is a perfect example of that.

If you don’t have a Triplesafe today, and you want one, or you have questions about your current sump pump just let us know.  We’d love to help!

Back to Previous Page
Back to News & Events
Related Categories: sump pump, TripleSafe