BASEMENT WATERPROOFING
BEFORE & AFTER 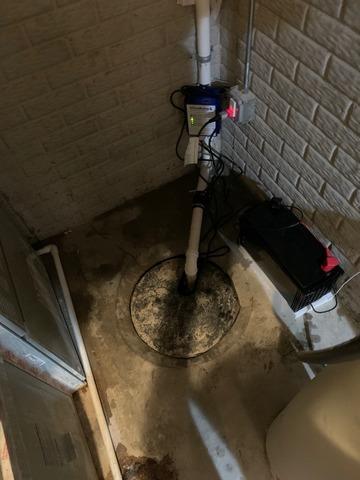 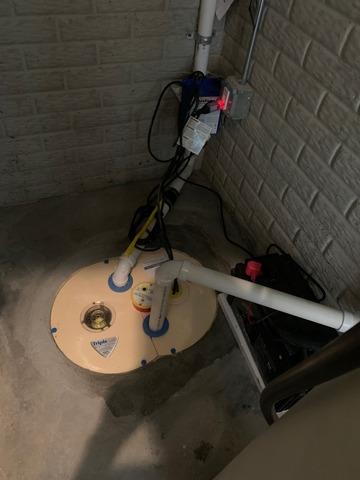 This customer had a failed sump pump that he inherited when he moved in. Because he has a lot of home projects going on right now, he didn't want to worry about the pumps moving forward. He wanted it fixed, fixed now, and fixed right. He had Thrasher protect his previous house and knew he wanted another Thrasher system in his new home. So we sent Tony Taylor to his home to inspect the sump pump situation.

He found that the primary pump had failed and was in two pieces at the pit's bottom. The battery backup attempted to keep the water down but slowly lost the battle with a moderate amount of rain. Upon arrival, we immediately switched out his failed pump and battery backup with a Zoeller M53 pump and an UltraSump battery backup system. After showing him his current pit and what a TripleSafe pit would be able to do for him, he decided to replace it with a TripleSafe and add in a second pump and replace the liner with something more functional that could collect and discharge the water better.