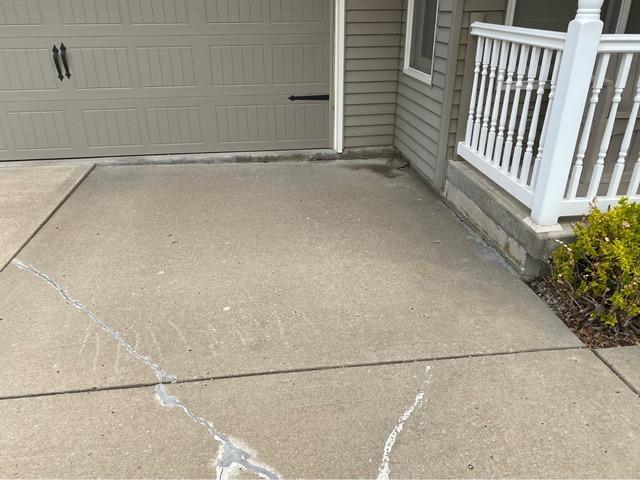 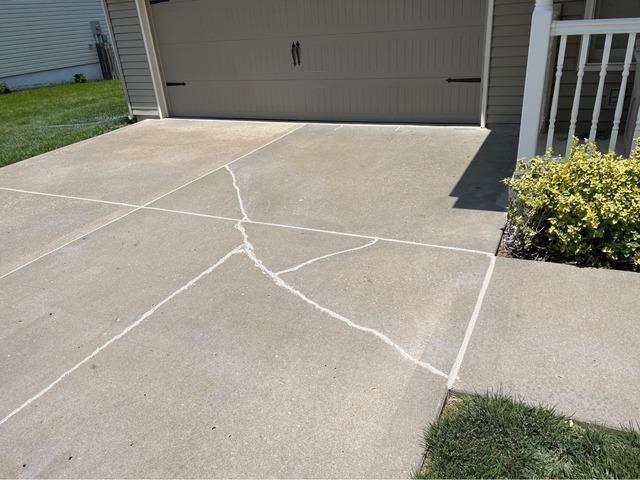 In Kearney, MO, a homeowner was tired of his driveway settling because it caused a huge bump that was rough on his car's tires. The driveway was also causing a tripping hazard when someone would try to use the front entrance walkway, so the homeowner decided to give us a call.

We sent System Design Specialist Jimmy Hungerford to inspect the tripping hazard and determine what damage it had caused as well as how to fix these issues. Jimmy say the tripping hazard and the problematic concrete slab and immediately took a look at the foundation to ensure that the home was stable. After that inspection, Jimmy explained to the homeowner that the concrete was pushing into the foundation wall of the basement, meaning that the longer the uneven concrete existed, the more likely it would caused the foundation wall to cave in. The homeowner was upset by this news, and knew that he wanted to fix his concrete immediately. We had our team start to fix this homeowner's concrete quickly by utilizing PolyLevel Foam and NexusPro Sealant to lift, level, and seal the concrete back to a height in which the foundation walls were not at risk.

The homeowner was happy with the work that was done and he was very thankful that we were able to help him catch his problem early enough that no further damage was done. Check out this homeowner's newly lifted driveway!