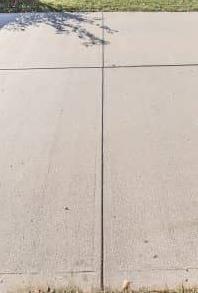 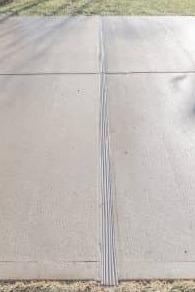 Concrete driveways can crack and heave over time, or worse -cause structural damage to your home. Learn more about our solution to prevent this damage. 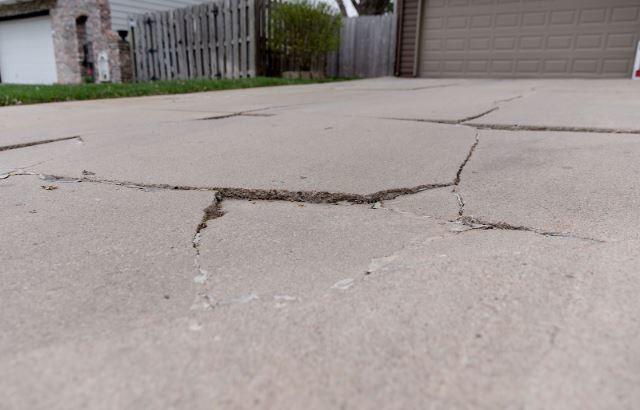 Concrete driveways can crack and heave over time, or worse – they could cause structural damage to your home. Temperature changes lead to shifting, breaking concrete, which creeps up against your garage and your home's foundation. Please continue reading to learn more about why this happens and how to prevent it.

WHAT IS A CONCRETE EXPANSION JOINT AND WHY DOES IT MATTER?

A concrete expansion joint is precisely as it sounds - it is a joint that allows expansion. Concrete will expand or contract due to temperature changes. Specifically, concrete will expand in the heat and contract in the cold. This means your concrete is continuously shifting with seasonal changes. Expansion joints are used to install concrete to control cracking associated with these changes in temperature and shifting of concrete. If concrete is not given properly spaced joints to accommodate the temperature changes and concrete movement, the concrete will crack, heave or buckle, also known as "street creep." Even when installed correctly, expansion joints can deteriorate or close over time, allowing your concrete to move and shift. Even worse, concrete can press up against your home's foundation and cause structural damage.

HOW TO PREVENT DAMAGE TO YOUR HOME AND CONCRETE

To protect against long-term damage to concrete driveways, garage slabs and foundation walls, CompressionGuard replaces the expansion joints made of fiberboard used in most residential driveways with an expansion joint that is engineered to flex with concrete movement during seasonal changes. Your concrete problems will not get better with time. They will get better with CompressionGuard.

Thrasher Foundation Repair offers a free, no-obligation estimate. When we visit your home, you can expect a thorough inspection and education of the issue at hand, paired with a detailed explanation of the solution we propose and why. That's the Thrasher difference: we use a consultative approach to provide an education that allows you as the customer to choose a solution that best suits your needs.

CompressionGuard comes in 10-foot sections that can be cut or fused to fit any length. To install, we have a simple process.