The building, which was added to the National Register of Historic Places in 1974, was rejuvenated after being vacant for more than 40 years.

Thrasher was hired to assist in the renovation of the historic Burlington Railroad Station in downtown Omaha, Nebraska for KETV’s new broadcasting facility.

The Burlington Railroad's Omaha Station is located at 1001 10sth St. in downtown Omaha, Nebraska. This building was originally built in the late 1800s and was opened to the public on July 4th, 1898. The structure was designed by Thomas Kimball and was hailed by newspapers around the world for its grand architecture and accommodations.

The total cost for the station's construction was over $400,000 in 1898 currency, making it a very extravagant building.

The building went through an extensive remodel from 1929 to 1930 to compete with a newly constructed Union Station in Omaha. The facility operated in that condition until 1954, when it went through its second major renovation. The renovations in 1954 primarily consisted of parking structures and drop-off lanes for automobile traffic. Over the next 20 years, the rail yard saw a continual drop in business as transportation moved away from the railroad industry. In 1971 Burlington turned over its passenger rail service to Amtrak, and in 1974 Amtrak moved operations to smaller building down the street. Also, in 1974 the Burlington Omaha Station was placed on the National Register of Historic Places. Unfortunately, this didn't revive business or interest in the building, and it fell vacant for the next 40 years.

It wasn't until 2013 that Hearst Television announced its purchase of the Burlington Station. Over the next several years, the building saw a massive renovation, and ultimately KETV (Channel 7 News) moved its operations into the building. In 2016 KETV needed to further renovate the structure, add an exterior bridge to a nearby facility, and add an interior mezzanine. To facilitate this renovation, the load-carrying capacity of the existing foundation system needed to be increased.

Thrasher installed a total of 72 piers at an average depth of 90 feet.

Thrasher Foundation Repair was selected as the contractor of choice to make improvements to the foundation.

This once extravagant and world-renowned Railroad Station turned abandoned and run down, was now back on track to being restored to its original beauty. Within a few short months, KETV completed all the renovations, and the building was now a state-of-the-art broadcast and web media facility. On October 28th, 2015, KETV aired its first broadcast. This once magnificent building had been returned to its original glory and is again an icon for downtown Omaha.

When choosing a contractor to repair or upgrade your building's foundation, it is not only important to choose a contractor who has the right repair product for the situation, but it is also essential to select the contractor with the right expertise and experience. When choosing to work with Thrasher, you are selecting a contractor who not only knows how to do the work correctly but has over 45 years of experience doing this type of work. So don't leave the work to a beginner. Work with a trusted name in foundation repair in Omaha. Call Thrasher Foundation Repair. 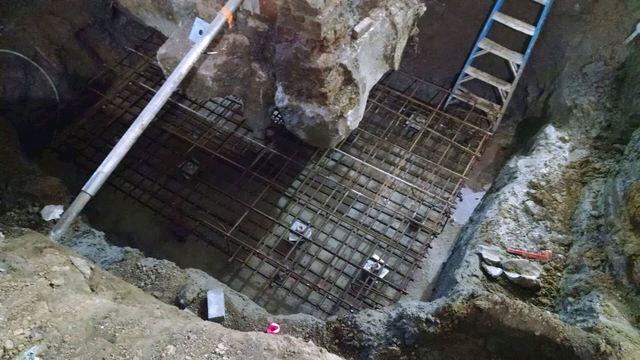 Resistance piers were installed under the foundation for temporary shoring; pressure-grouted micropiles were then installed to complete our portion of the restoration. 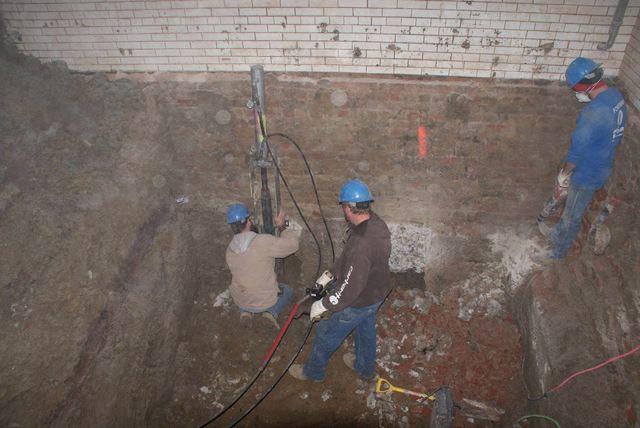 Thrasher is installing temporary resistance piers so the foundation can be excavated and a new supplemental concrete footing can be poured.

About the author
After nearly a decade writing about home improvement, Kristina realizes the importance of having a dry, clean crawl space. Born and raised in Connecticut, she has made it her mission to find good pizza in the South. She enjoys spending time on her 13-acre property with her husband (and high school sweetheart), energetic toddler and rescued Labrador mix.
Back to Previous Page
Back to Case Studies