A whole host of problems needed to be addressed to allow this family of eight to live comfortably and safely in their home.

Lindsey and Adam and their six children love their Newmark neighborhood in Kansas City, Missouri. The location works well for them as it is accessible to everything they need, and they have a great relationship with their neighbors. Their only concern was that the foundation problems present in the home might force them to move out. There were cracks in the foundation, and water leaked in at the bottom of the wall. The water was causing mold on the drywall and exacerbating allergy problems for Lindsey and her children.

Before deciding about staying or moving, they decided to find out if repairs could correct the problem. They called Thrasher Foundation Repair, and Chad Smith came to the house to inspect and provide an expert opinion. Chad has been working in the foundation repair industry for many years and has seen and solved thousands of foundation problems.

Lindsey and Adam appreciated our approach and the thoroughness of the inspection. We identified the problems and were able to provide options for repairs and an exact price. They worked together to rank the problems based on the risk and built a proposal that made sense for the family. None of the problems were all that large, but there were four different concerns that Thrasher was able to address. A bowing basement wall, a settling wing wall, a wet basement leak, and a concrete slab that settled and cracked.

Most of the problems had been getting worse over time. The bowing basement wall was being thrust in by oversaturated clay soils on the home's west side. The bowing caused diagonal cracking and started to push on a perpendicular wall; it had also caused a pantry door to become inoperable. Water was coming in through the cracks and at the base of the wall. An existing sump pump wasn't working, and they regularly had to sop up the water with towels when it rained.

A tree fell and hit the northwest corner of the home and exacerbated a settlement issue with a wing wall. It hit the corner of the house and broke the foundation wall under the decorative wing wall off the northwest corner. This was causing stairstep cracking to the brick face on the front of the home. The front walkway had settled near the front door and resulted in a large step that was a trip hazard.

Lindsey and Adam decided to fix all four of the problems, so they wouldn't have to worry about them anymore. They want to stay in this home long-term. And if they decided to sell, they would take a big hit if they didn't resolve them. They also looked forward to creating a healthier environment for their six children.

The solution started with the installation of Geo-Lock Wall Anchors to fix the leaning wall. This engineered system includes steel earth anchors that are connected to wall plates by a high-strength rod. It secures the foundation wall and can be tightened to straighten the wall over time, and is more cost-effective than excavating the entire wall. Tightening isn't a requirement but will allow the wall to improve. Covers were installed to hide the wall plates but leave them accessible.

Thrasher installed a WaterGuard perimeter drainage system (often referred to as a French Drain) with a vapor barrier on the walls. This system was connected to a new TripleSafe Sump Pump System. The TripleSafe comes complete with a high-water alarm, air-tight lid, and battery back-up pump.

The vapor barrier is the CleanSpace Wall System that provides a vapor barrier and brightens the space with its bright white color and clean appearance.

The wing wall repair was accomplished using our Helical Pier System to lift the wing wall back up, closing gaps in the brick face and permanently stabilizing the area. The front walkway was raised and leveled using the PolyLevel System (sometimes referred to as mud jacking or Poly jacking), and all the cracks were sealed using NexusPro Joint Sealant. The joint sealant will help prevent settlement issues in the future and improves the look of cracks and joints.

Thrasher Foundation Repair offered a fully-transferable 25-year warranty on all of the foundation solutions, including the waterproofing and five years on the concrete lifting. This is coming from a family-owned business that has been around since 1975, so you know that we will be here if there ever is a problem.

Lindsey said she felt comfortable with the whole process from the initial consultation, through the wall support system and wing wall piering, to the waterproofing crew, and finally, the slab lifting crew. She also said she was appreciative of the team wearing masks to protect their family and the care they took to protect the home and keep it clean even with melting snow.

This project was a great example of the diversity of the solutions that Thrasher offers. We provided solutions for four different repairs; bowing walls, foundation settlement, waterproofing, and concrete lifting and sealing. It was also a great example of our work in the KC North area.

If you suspect that you are seeing the effects of foundation wall failure, or anything else that may be threatening the structure of your home, it’s time to call in an expert like Thrasher Foundation Repair. In 45 years of business, we’ve seen it all and fixed it all. We are the local experts for all your foundation repair needs in Nebraska, Iowa, Kansas and Missouri. We offer warrantied solutions that permanently repair foundation issues. Contact us for a free, no-obligation foundation inspection today! By the time we’re done, you’ll know exactly what is causing the problem, exactly what it will take to repair it permanently and exactly how much it will cost.

To schedule your free inspection, fill out the contact form, here. Don’t wait until it’s too late. 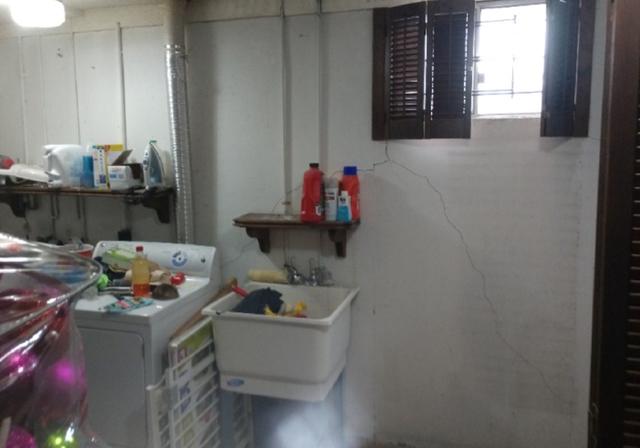 Before: The foundation wall in this Kansas City home is bowing causing diagonal cracks and water leakage in the laundry room. 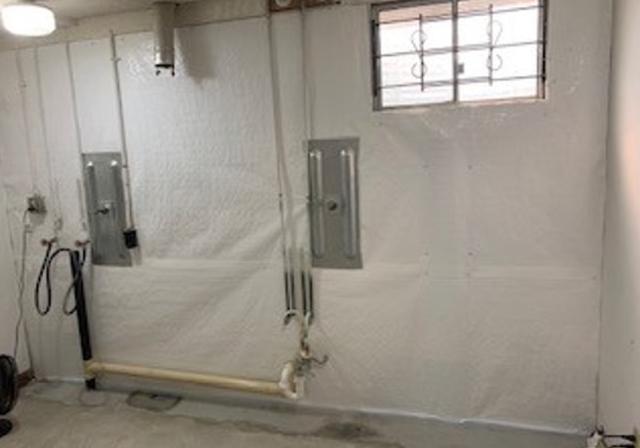 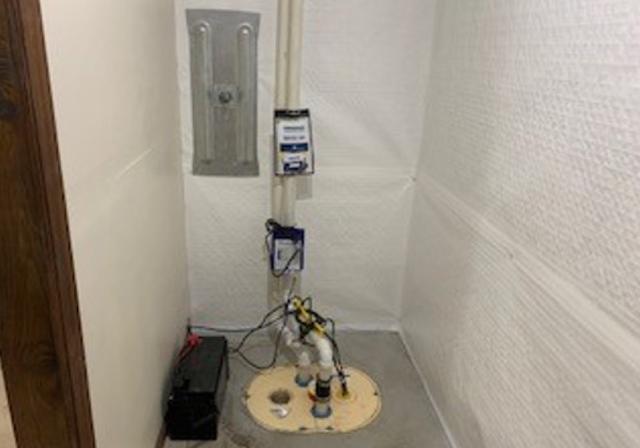 After: A TripleSafe Sump System was installed in a closet with the discharges going outside and buried underground. 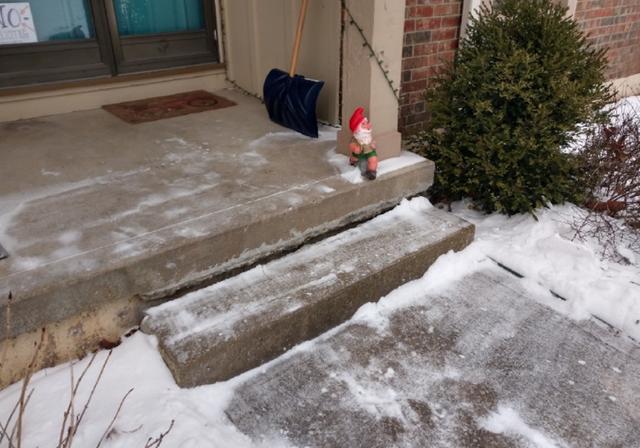 Before: The front step settled more than two inches causing a larger step and trip hazard. The large gap also allowed water to run behind the steps. 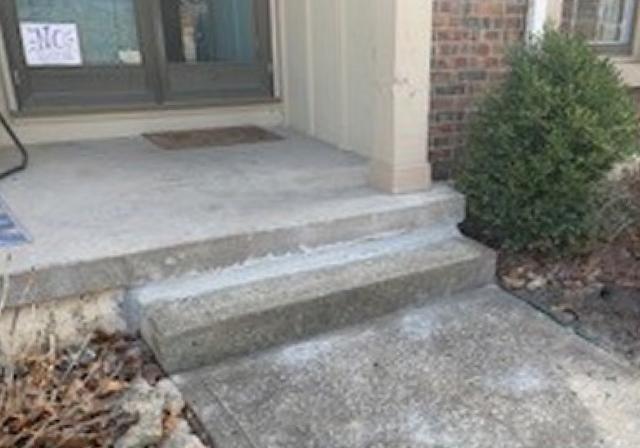 After: The steps were raised so that both steps were the same height. The gap was also sealed to prevent water from getting behind the steps.