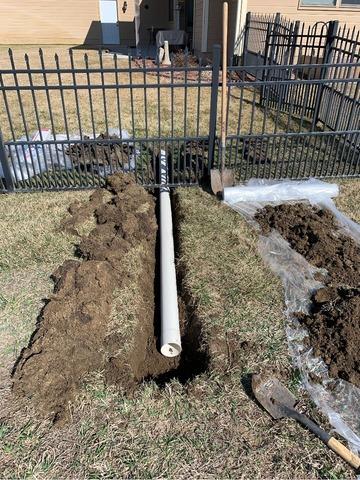 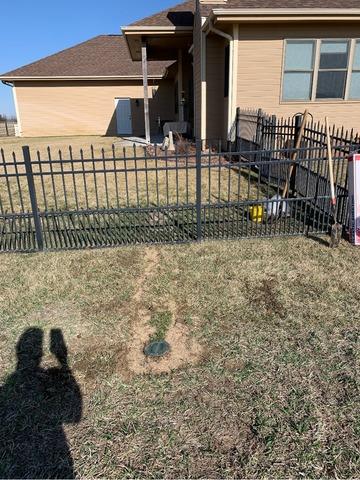 Homeowner Dave had buried downspouts in his yard, which he loved. But he kept running into the same problem. The point where the discharge ended, there was always a soggy wet spot in his backyard. He knew this wasn't a huge issue, but he wanted to instead extend the downspout out into a pasture so his yard could stay nicer while still having a drainage system.

Instead of trying to figure out how to do it himself, Dave decided to call Thrasher. System Design Specialist, Tony Taylor, went out to his home to figure out the best plan of action. After inspecting the buried downspouts, it was clear the discharge was fine, but as Dave said, it did end 3 feet inside of the gated backyard area. Which allowed a pool of water to collect and created a soft spot in the soil after rainfall.

To fix the issue, we extended the discharge another 10 feet. This helped move the water into a pasture and out of the backyard. It also allowed the soggy area to be in an area that the family doesn't move through often and will actually help the pasture grow better.

Even though it might not be a complex or pressing issue, it was a solution that helped improve the homeowner's quality of life and made it so he could enjoy his backyard more with his family.