Home»About Us»Blog»What Is Crawl Space Encapsulation? Everything You Need To Know

What Is Crawl Space Encapsulation? Everything You Need To Know 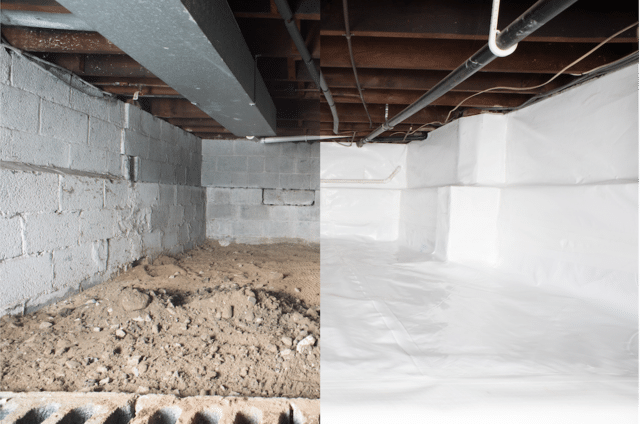 99.9% of homeowners know their dirt floor crawl space is gross. In fact, we bet nobody has ever gone into (or rather… crawled into) a dirt crawl space and said, “Heyyyy, this is pretty nice!”

That’s because dirt crawl spaces are not nice. And they, most importantly, aren’t healthy.

Your house operates as a system. And your crawl space is a big part of that system. In fact, up to 60% of the air in your home comes from the crawl space.

But here’s the thing. Dirt floor crawl spaces are prone to moisture that can cause serious air quality and structural problems for your home. The best way to combat this is with crawl space encapsulation.

But what is crawl space encapsulation? And what does it entail? We put together this essential guide to help educate, guide, and share all options to help you make the best decision for your home. Let’s get into it.

What is a crawl space?

Crawl spaces are a type of foundation that creates a barrier from the ground to the house. They’re usually small, unfinished, and about one to three feet tall (which is why they’re called crawl spaces) 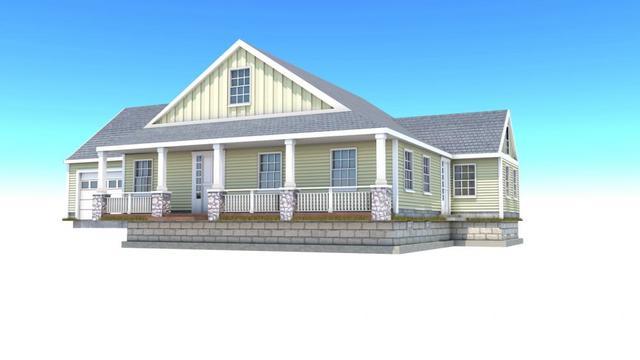 Why do homes have crawl spaces?

There are two main reasons why builders choose a crawl space foundation:

On top of that, crawl spaces also became increasingly popular in new homes around 1950 to 1970.

During that time, America had a housing shortage created by The Great Depression and WWII. Not a lot of new homes were being built during both these events, but once the war ended and veterans returned, they got married and started families. This created a huge demand for housing.

Because of this, builders needed to build houses as inexpensively and quickly as possible. And one of the ways they did that was by building homes with crawl spaces.

What is Crawl Space encapsulation?

Crawl space encapsulation is the process of sealing the crawl space from the outside. It involves installing thick, overlapping sheets of polyethylene plastic on the crawl space walls and exposed dirt floors. 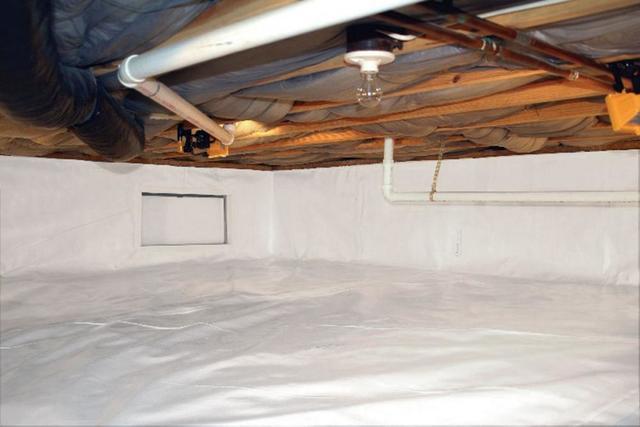 The purpose of crawl space encapsulation is to reduce humidity and prevent leaks, pest infestations, and mold. Ultimately, it turns a damp space, that’s incredibly susceptible to moisture, into a dry space.

Why do you need to encapsulate your crawl space?

Crawl spaces that aren’t encapsulated mean they have a dirt floor. And dirt floors are not… great. Here’s why: 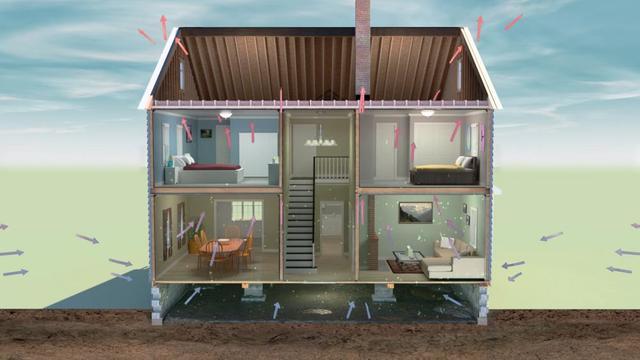 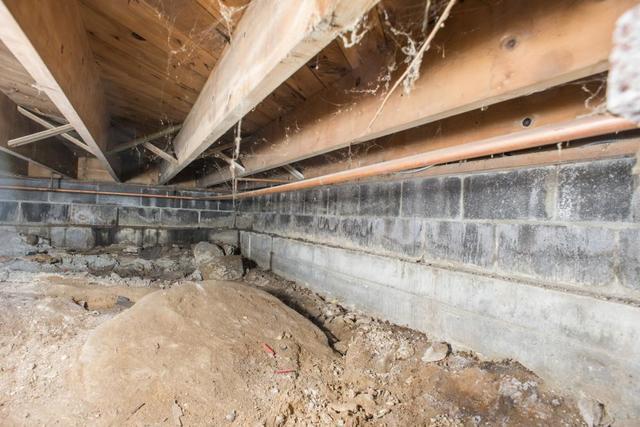 How does crawl space encapsulation work? A step-by-step guide

Here’s how we tackle and encapsulate crawl spaces as a crawl space contractor.

The first plan of action is to inspect the crawl space. This is a critical assessment to give us an idea of the condition of your crawl space and what encapsulation methods would work best.

If we find that your crawl space has a lot of groundwater seeping in, we suggest installing a sump pump. This will capture the groundwater before it enters your home and pump it to a designated area. 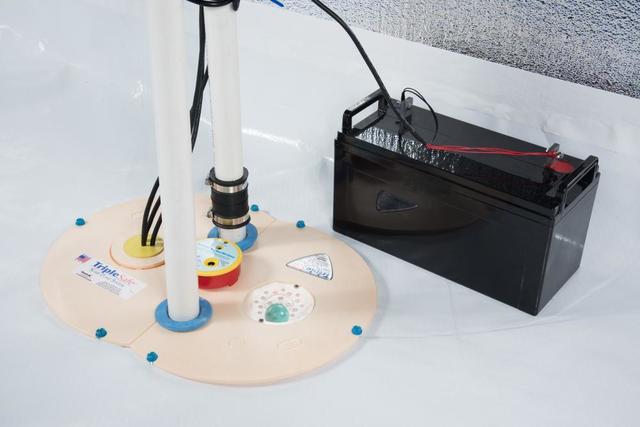 To install this, a 22-inch hole must be dug in the lowest spot of the crawl space. We then move the soil around, as needed, to fill other low areas. The idea is to have the crawl space floor pitch down slightly toward the sump hole, so no other water can puddle.

Step 3: Isolate the house from the earth

After we solve the groundwater issue, it’s time to fix the water vapor issue. As we mentioned above, exposed earth emits water vapor, so to fix it, we have to cover the exposed earth.

The best approach to this is to install a thick and durable vapor barrier. A vapor barrier is a plastic liner that is roughly 20 mil thick plastic, similar to a pool liner, that can be fitted in your crawl space. It completely seals off your home from the earth. 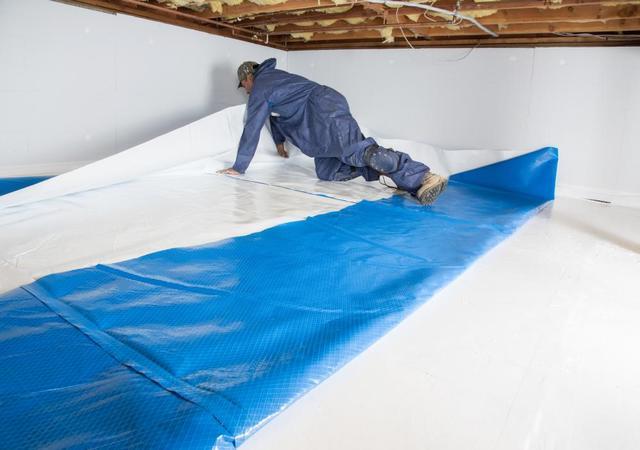 The barrier is applied to the walls, ceilings, and floors. It’s attached with fasteners along the top edge, which are permanently driven into the walls. It’s then sealed around obstructions and at the seams with special tapes and sealants.

After installing a vapor barrier, we like to seal the vents to keep out unconditioned outside air. Places like under the sill plate, around pipes, hatch doors, and other odd openings all need to be sealed.

Depending on the area, we will install WallCap, a L-shaped molding that covers anything the sill plate doesn’t. Next, we’ll use caulk, spray foam, or whatever material necessary to seal all openings where outside air can get in. 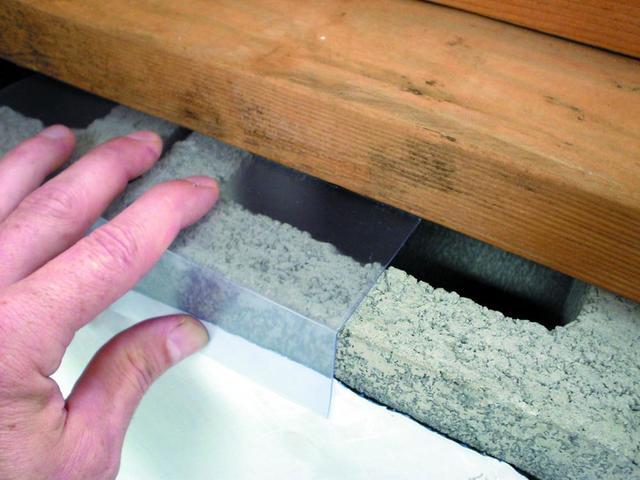 Even with a vapor barrier and sealed air leaks, there will still be some air infiltration. The best way to combat this is to install a dehumidifier. The purpose of a dehumidifier is to suck the moisture out of the air and keep it at an acceptable level, below 55% all year round. 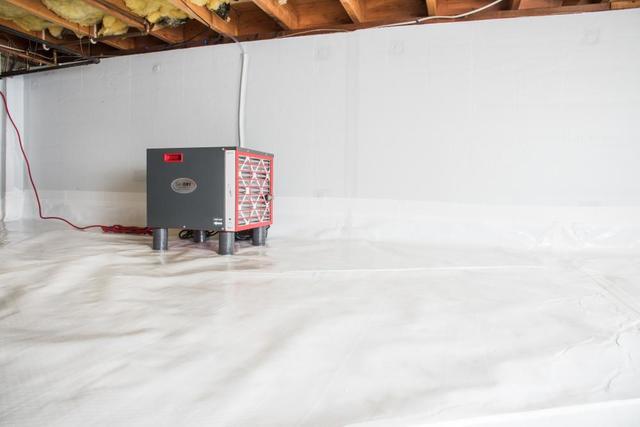 The benefits of crawl space encapsulation

Crawl space encapsulation makes your home a healthier place to live in. Here’s how: 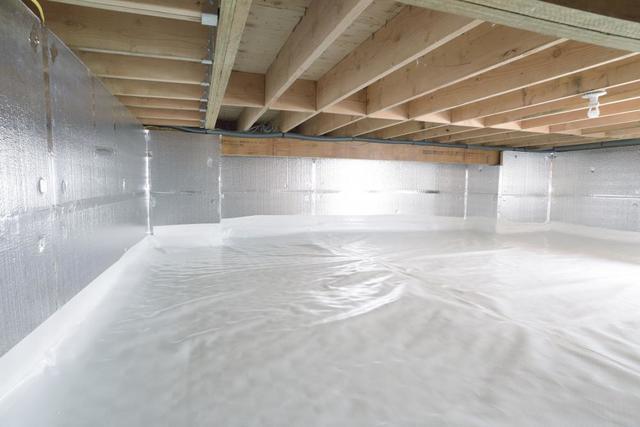 How much does crawl space encapsulation cost?

If you’re considering crawl space encapsulation, the number one question on your mind is probably, “What is this going to cost me?”

Unfortunately, it’s not an easy answer. Every crawl space is different and there are various factors that can increase or decrease the price, including:

The best plan of action is to reach out to a reputable contractor to inspect and give you an estimate.

If you’re in our service area, we’d love to schedule a free inspection and determine what’s best for your crawl space. As homeowners ourselves, we know what it feels like to be overwhelmed with alarming repair issues. That’s why we make sure to put our head and heart into resolving every customer’s problem as effectively, efficiently, and accurately as possible – guaranteed.

If you have any questions or would like a free consultation, call us at 402-389-4271 or reach out through this form. We’d love to help in any way we can!