Crawl Space Repair
Before & After 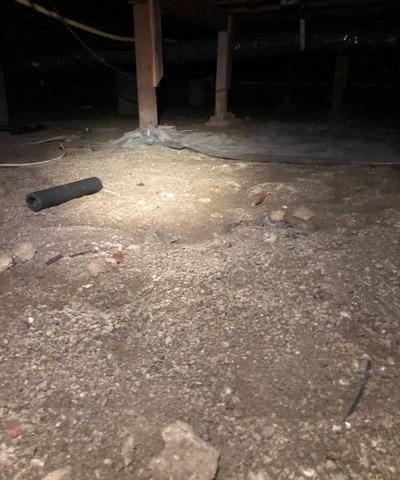 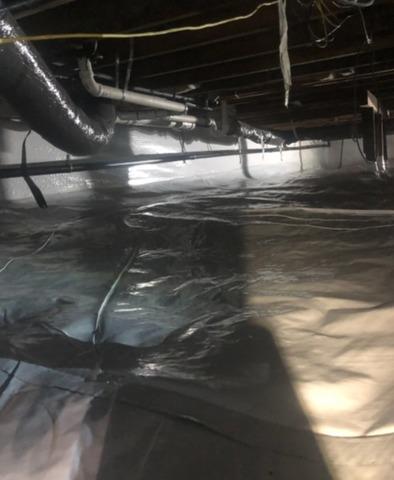 This homeowner had horrible smells coming up into her kitchen and the rest of the home. Thrasher traced it to the crawl space and suggested a permanent fix.

Sandra had horrible smells coming up into her kitchen and the rest of the home. No homeowner wants that, especially in the kitchen. She traced the source of the offending odors to the crawl space. But what was causing the smells? Moisture is the root cause of most musty house smells. The most common reason for a musty odor in your home is the presence of mold or mildew. This is one reason that some houses smell after it rains or when you've had a plumbing leak.

Getting Rid of Musty Smell in Your Home

So how do you get rid of the musty smell in the basement? Deodorizers? Air filtration? Fans? Over time, it's more than an olfactory annoyance. There are even deeper worries about how it may be affecting your family's health. Fifty percent of homes have at least one person that suffers from allergies. And, 90% with allergies show sensitivity to mold spores. Indoor air quality is an often overlooked but critical issue in the health of your home.

The problem is the amount of humidity in your home. Part of the challenge is how air circulates in a home. It's called the "stack effect." The stack effect refers to the process in which hot air leaves the home through your attic and upper levels. As it does, a vacuum is created below, and new air is pulled upwards through the basement, crawl space, and lower levels. And, all of that moisture is pulled along with the air through your home. Mold, mildew and even dust mites thrive in humidity-rich environments. What's a homeowner to do?

Here's a video that explains the stack in your home(opens in a new window).

Sandra called Thrasher Foundation Repair. System Design Specialist Zach Goldberg confirmed what Sandra suspected, and that was her problem originated in the crawl space. The solution was an efficient system to eliminate the moisture and keep it from spreading throughout Sandra's home. Zach recommended:

This was a big project to consider, and Sandra felt like she needed some help to decide. She called on her son Paul to offer counsel. Paul is a highly-regarded contractor in Wichita, was very much involved after the original consultation. Zach went and visited Sandra and Paul and thoroughly discussed the inspection and the options presented. After an hour and a half, they decided that this was the best for Sandra and her home. Part of our Thrasher Difference is our Design Specialists will educate you to make the most informed decision about how to repair and restore value for your home. We have a variety of products to fit various problems, and if we can't fix it – we'll let you know that too. The 25-year transferrable warranty on the crawl space encapsulation also offered peace of mind for moving forward.

What’s the Right Level of Humidity in My Home

So, what's the right level of humidity in your home? Every basement is going to have a humidity level. The question boils down to – what is a safe humidity level to have in your home? Safe humidity levels range from 30% up to 50%. Once you get up to that 50% marker in a basement, there is enough moisture in the air to allow some of the common indoor allergens to start to survive and thrive. The Center for Disease Control (CDC) recommends(opens in a new window), "Keep humidity levels in your home as low as you can—no higher than 50%–all day long."

In the video below, Shane McClintic, one of our basement repair experts with over ten years of waterproofing experience, provides more information and explains what an average, healthy basement humidity level is for most homes and symptoms of basement humidity that exceed this level. Shane also discusses how high basement humidity levels can lead to potential health issues, including mold growth, dust mites and allergies.

Here's a video that explains "normal" levels of humidity in your home(opens in a new window).

Once we did the work, Paul told Zach at the job site that he doesn't give praise much because his standards are so high, but that he was impressed with everything Thrasher did for his mom.

He would recommend us to anyone.

If your basement or crawl space doesn't pass the "sniff test,' call us to determine how you can better ensure your family's health. And remember, it includes a warranty she can pass on if she decides to move on! If you have any nagging problems where Thrasher Foundation Repair can help, call us today or link to our Free Inspection form here.